Discord in the Adriatic

Slovenia has emerged as the winner in a long-standing maritime border dispute with Croatia in a ruling from The Hague. However, Croatia has said it will not be taking any notice. 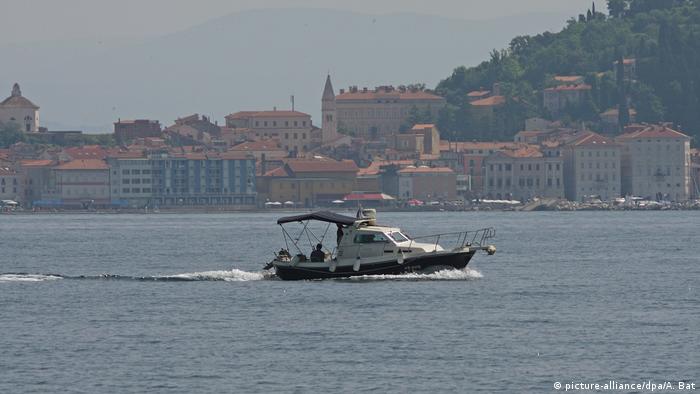 International judges at the Hague-based Permanent Court of Arbitration awarded most of the disputed Bay of Prian to Slovenia on Thursday.

They also ordered the establishment of a 2.5 nautical-mile-wide sea corridor - a "junction area" - in Croatian waters, that would give all ships - both civilian and military - access to Slovenia.

The judges said the corridor would help "guarantee both the integrity of Croatia's territorial sea and Slovenia's freedoms of communication between its territory and the high seas."

Slovenian Prime Minister Miro Cerar said the ruling was a "historic moment for Slovenia," and said he would call his Croatian counterpart during the day to discuss the implementation of the decision.

However, Croatian Prime Minister Andrej Plenkov said his country would refuse to implement the judgment.

Ahead of the ruling, Croatian President Kolinda Grabar Kitarovic had told Croatia's Dnevnik newspaper."Croatia is neither going to accept nor reject the arbitration's ruling for one very simple reason: the tribunal doesn't exist."

Croatia only agreed to the proceedings after Slovenia - which joined the European Union in 2004 - lifted a veto in 2009 to its neighbor's accession to the bloc. Croatia joined the EU in 2013, and pulled out of the proceedings in 2015 over a wiretapped conversation of a Slovenian judge from the tribunal discussing tactics with a Slovenian government official.

The two countries have been at odds over the tranquil northern Adriatic bay - dominated by the Slovenian port of Piran - since they broke from the former Yugoslavia in 1991. In the first case that was lodged with the court in 2009, it was ruled that Slovenia did not own all of the bay.

The ruling also established details of Croatia and Slovenia's land border, but very little of that remained in dispute.