Thousands of anti-government protesters gathered in the Slovenian capital, just as EU leaders rolled into town for a major summit. Police used water cannon and tear gas to disperse crowds. 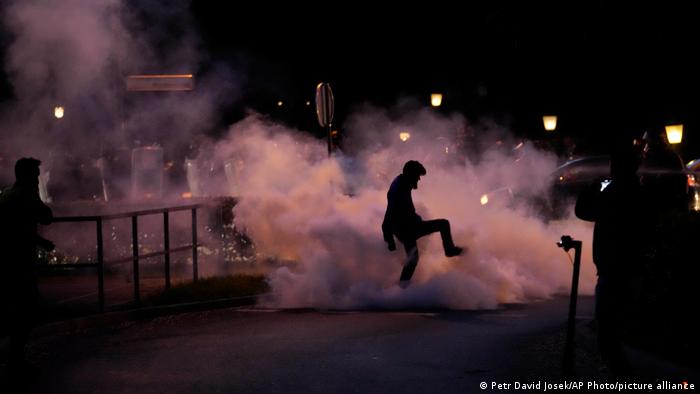 Slovenian police broke up a large protest in the capital Ljubljana on Tuesday, as European Union leaders arrived for a major summit nearby.

Although the demonstration coincided with the arrival of EU leaders, the protests were aimed more at Slovenia's government and restrictions on curbing the spread of COVID-19.

Riot police deployed water cannon and fired canisters of tear gas near the crowds in an effort to break up the protest and prevent them from blocking streets. 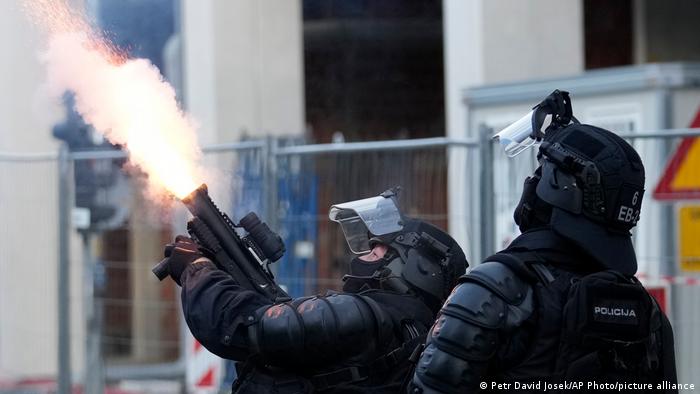 Police fire tear gas during a protest against vaccinations and coronavirus measures in Ljubljana, Slovenia

Demonstrators marched through the capital with signs reading: "paying for tests is a crime" and "the government will fall."

At one point, demonstrators surrounded the car of a foreign delegation that had made a wrong turn and wound up in an area closed off by police, AFP and local Slovenian media reported. Police were able to clear a path for the car; it was not mentioned which delegation was inside.

Authorities used horseback units and dogs to control the crowds while a police helicopter flew over downtown Ljubljana.

It was the third time in recent weeks that anti-government protesters and police have clashed in Slovenia. 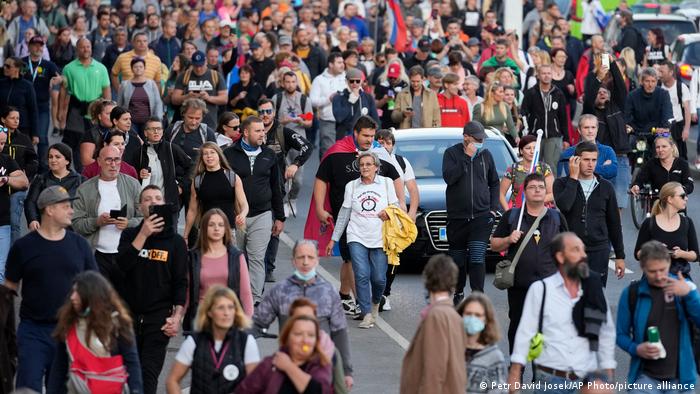 What's expected at the EU summit?

The leaders from the EU's 27 member states are set to hold talks with the heads of the six western Balkan states that hope to eventually join the EU.

Adopting a new approach to China as well as trans-Atlantic relations are set to take center stage, as the EU considers more autonomy from Washington.

"It is important to see with colleagues how we can act in a more autonomous way in line with our partnerships and in line with our alliances," European Council President Charles Michel said.

Outgoing German Chancellor Angela Merkel was also attending in person, but made no comments to the media on arrival on Tuesday. 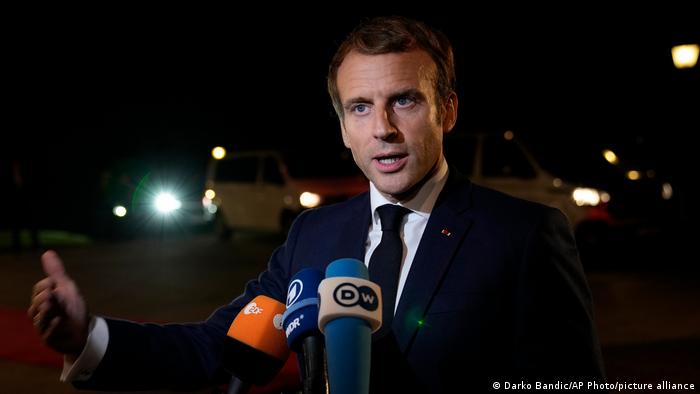 It's the first EU leaders' summit since the catastrophic pullout of international troops in Afghanistan and the subsequent fall to the Taliban.

It also comes at a time of heightened tensions between the US and France after a new Indo-Pacific security pact ended up scrapping a French submarine deal with Australia.

"We need to look with lucidity at the decisions taken by our allies. There were choices that were made and I can't say that France and Europe were taken into account, but we have a history that is bigger [than this]," French President Emmanuel Macron told reporters.