Slovenian Prime Minister Janez Jansa looks to have lost his reelection bid to a green-liberal opposition party led by Robert Golob, according to partial results. 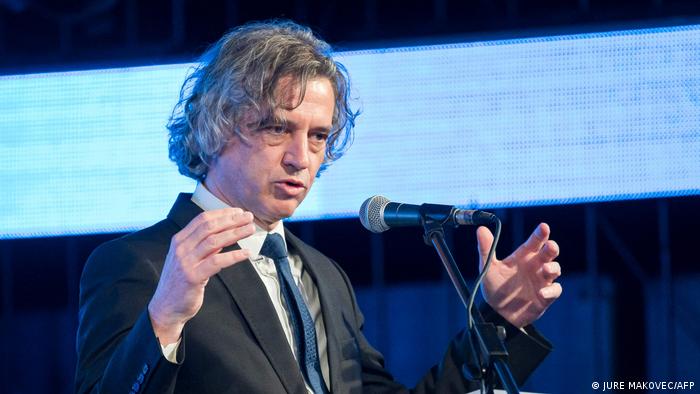 With more than half the votes counted, Golob's Freedom Movement (GS) stood at almost 33% of the vote compared to 25% for Jansa's Slovenian Democratic Party.

Observers have said neither party is likely to receive enough votes to rule outright, making a coalition government highly probable.

Some 1.7 million people from a population of 2.1 million were eligible to vote in the 90-member legislature.

Ahead of Sunday's election, polls showed that Jansa, who has come under fire from Brussels over moves perceived as undermining the rule of law, was likely to face a stiff fight to stay in power,

On Friday, GS polled at 27% compared to 24% for Jansa's Slovenian Democratic Party.

In 2004, Slovenia became the first ex-Yugoslav state to join the European Union.

Who were the main contenders?

Although an array of parties took part in Sunday's vote, the result was always set to be a tight race between Jansa's and Golob's camps.

Jansa, 63, is an ally of nationalist Hungarian Prime Minister Viktor Orban and a fan of former US President Donald Trump. 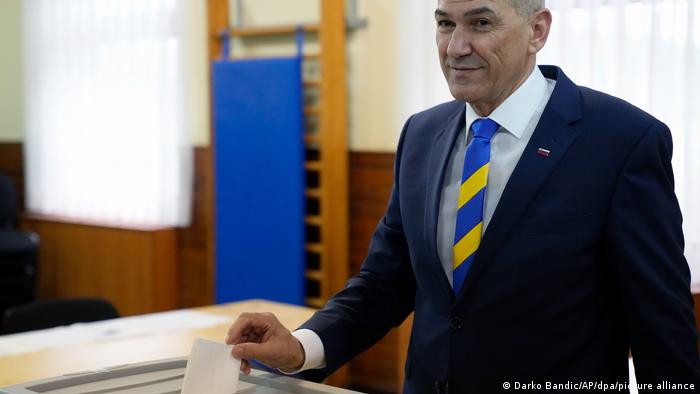 Jansa, who wore a tie in Ukrainian colors as he voted, is in his third term as prime minister

A corruption scandal forced him out of office just a year into his second term. He took power for a third term in 2020 after the previous liberal premier, Marjan Sarec, resigned, saying his minority government could not push through legislation.

Jansa has faced anti-government protests since taking office, with tens of thousands accusing him of authoritarianism. He has also come into conflict with Brussels over his moves to suspend funding to the national news agency for more than a year and delays in appointing prosecutors to the bloc's new anti-graft body.

However, he has recently distanced himself from Orban, who is also at loggerheads with the EU over rule-of-law concerns, by adopting a tough stance toward Russia over its invasion of Ukraine.

Golob, 55, is a political newcomer who was formerly the chief of a major power company.

He and his GS party have the backing of several center-left opposition parties, giving him a greater chance than Jansa of forming a ruling coalition.

The GS party has advocated a green energy transition and sustainable development, as opposed to Jansa's promises of stability and nationalist slogans such as "We build Slovenia."

The Polish and Czech premiers pledged support for the country's independence after meeting with Ukrainian leadership in Kyiv, while Polish deputy PM Kaczynski called for a peacekeeping force to be sent to Ukraine.