An apartment block is in danger of collapsing after a lunchtime gas explosion. Slovak premier Peter Pellegrini is heading to the scene of the accident. A gas explosion at a high-rise apartment building in Slovakia killed at least seven people and injured several others on Friday, according to police and the fire brigade.

The blast occurred in the eastern town of Presov, 410 kilometers (254 miles) from Bratislava. Firefighters said the building was at risk of collapsing.

"The blast followed by a fire affected four or five floors" at the top of the 12-story building, firefighters told local media. The roof and a staircase caved in due to the explosion as more than 80 firefighters tried to combat the blaze.

Mayor Andrea Turcanova said that there were "many injured" in the biggest tragedy to occur in the town in almost five decades.

The prime minister of Slovakia, Peter Pellegrini, was en route to the town along with some members of his Cabinet. 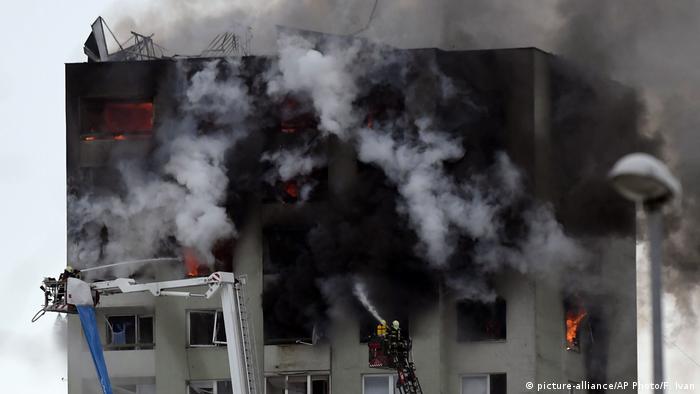 A bus has collided with a truck in Slovakia. The prime minister is ending a state visit to Cyprus. (13.11.2019)