A bus has collided with a truck in Slovakia. The prime minister is ending a state visit to Cyprus. 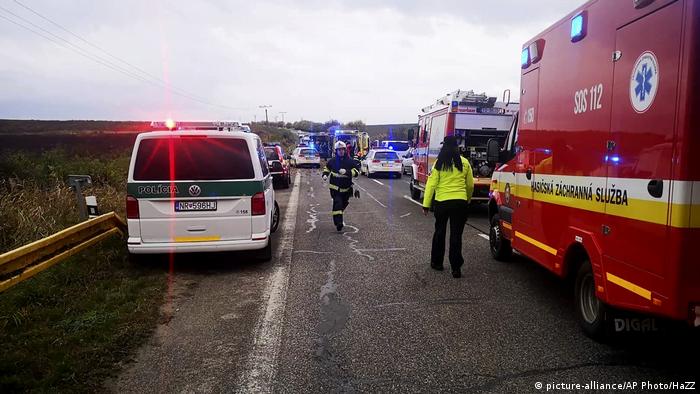 At least 13 people were killed and 20 people were injured in a bus accident in Slovakia on Wednesday, local media reported.

A bus crashed into a truck in the western Slovakian region of Nitra, about 80 kilometers (50 miles) east of the capital Bratislava.

"I can confirm the death of 13 people and 20 injuries in an accident near Nitrianske Hrnciarovce where a bus and a truck collided," Zuzana Farkasova, a spokeswoman for Slovak firefighters and rescuers, told the AFP news agency.

Prime Minister Peter Peter Pellegrini expressed his sorrow in a post on Facebook and said he was ending a state visit to Cyprus to return to the country.

Rescue workers said in a statement on Facebook that they expected the casualty count to rise.

There were heavy rains in the country on Wednesday.