Slavery in India – 'an uncomfortable truth'

Despite India's rapid economic growth, millions of its citizens live in slave-like conditions, according to a new index. Economist Ravi Srivastava attributes this to a lack of political will to enforce existing laws. 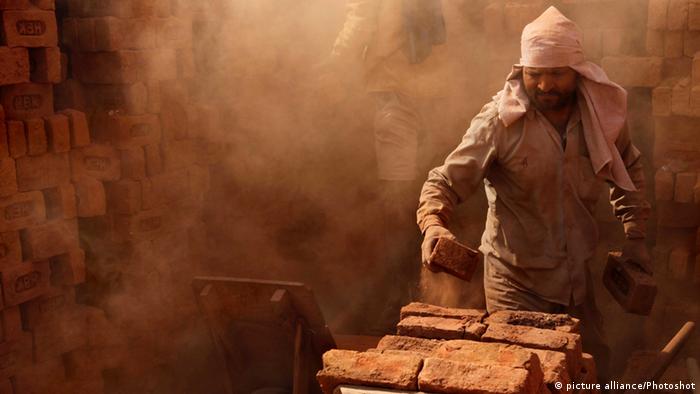 The recently released "Global Slavery Index" lists India as the country with by far the most "modern slaves" worldwide, with an estimated nearly 14 million, followed by China (2.9 million) and Pakistan (2.1 million).

According to the Australia-based Walk Free Foundation, India exhibits "the full spectrum of different forms of modern slavery," ranging from severe forms of inter-generational bonded labor to forced and servile marriage, the worst forms of child labor and commercial sexual exploitation. In a DW interview, Indian economist Ravi Srivastava says an economic and political empowerment of the poor combined with appropriate changes of the law are required to tackle the "unacceptably" high level of "unfreedom" in the world's second-most populous country.

DW: Would you categorize all the different forms of exploitation cited by the Global Slavery Index as slavery?

Ravi Srivastava: The term "modern slavery" has been defined as a broad umbrella concept covering all forms of forced labor, bonded labor, and trafficking involving different degrees of "unfreedom." In my view, slavery represents one of the most restrictive forms of "unfreedom," i.e. one which is associated with proprietary control over another person, including the right to buy and sell such a person. I am, therefore, not comfortable with using the expression "slavery" to represent all shades of "unfreedom." 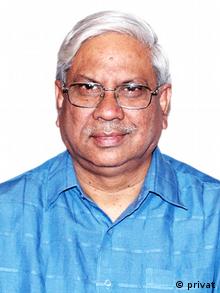 Do you believe the findings presented in the Global Slavery Index are representative?

I am not able to vouch for the representativeness or accuracy of the report as its detailed methodology is not described. In the case of India, the index refers to the US government data and to an outdated report by the Lal Bahadur Shastri Academy of Administration in Mussoorie. There are no recent scientific or representative surveys that I am aware of which have been carried out in India.

How widespread is the issue of forced labor worldwide?

The International Labor Organization (ILO) used in its global estimation of forced labor an extremely rigorous methodology to estimate forced labor globally which is 20.9 million (with a standard error margin of 7 percent). For instance, the figures do not include trafficking for the removal of organs or for forced marriage or adoption unless the latter practices lead to a situation of forced labor or service.

In terms of the prevalence of forced labor - number of victims per thousand inhabitants - the rate was highest in the Central and South-Eastern Europe, the Commonwealth of Independent States as well as some regions in Africa, and lowest in the developed countries. The Middle East, Asia-Pacific and Latin America and the Caribbean regions lie in the middle of the range. In terms of numbers, the Asia-Pacific region accounts by far for the highest absolute number of forced laborers - 11.7 million or 56 percent of the global total.

The newly released "Global Slavery Index" estimates that 29.8 million people are enslaved globally, of which India is home to 13.3 to 14.3 million. The report highlights the important issues of slavery, forced labor, bondage, trafficking and correctly draws attention to their high incidence even in the contemporary world.

If India is home to most of the world's "unfree" people, what would you categorize as the most widespread form of slavery in the South Asian nation at the moment?

What are the main factors behind the prevalence of these forms of "unfreedom" in India?

Slavery, forced labor, trafficking and bondage have their roots in India's pernicious caste system which denies equal rights and dignity to all individuals, and differentiates between them on the basis of caste and gender. These practices survived in feudal agriculture.

But surprisingly, they now thrive with the expansion of capitalism in sectors such as agriculture and modern industry. Bonded laborers today mostly serve the interests of modern capitalists, big as well as small. Recruitment and labor supervision responsibilities are transferred to contractors who source laborers from poor regions, and pay them in advance to bind them. The state is complicit in these transactions, as regulations which exist on paper, are deliberately not enforced.

I think these issues are very important as they are related to abuses and violations of human rights, labor rights and human dignity. It is an uncomfortable truth that the incidence of various forms of unfreedom is unacceptably high in India, although I think it has begun to decrease in recent years thanks to the improved bargaining power of certain sections of society.

What has India been doing to fight these forms of slavery? What has it failed to do thus far?

The Indian Constitution outlaws slavery, forced labor and trafficking, and the Indian legislation on bonded labor and its interpretation by the courts is one of the most progressive. India is also a signatory to most international conventions on these subjects. 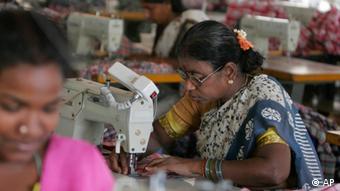 However, India's regulatory framework is very weak and there is no political or administrative will to enforce laws. Moreover, the roots of the problem lie in the modern market and capitalist system relying on the exploitation of the weak and vulnerable.

What needs to be done in India and across South Asia to tackle these issues?

In my view, these forms of unfreedom can be reduced across these countries by taking action across different fronts. First, the poor need to be economically, politically and socially empowered. This can happen through government policies, non-governmental interventions or political mobilizations.

Second, better regulatory frameworks and appropriate changes in laws are required in order to ensure labor and human rights. Third, India needs to put in place appropriate developmental strategies which focus on poorer areas within the country.

Ravi Srivastava is a professor of economics at the New Delhi-based Jawaharlal Nehru University's Centre for the Study of Regional Development. He specializes in the several areas such labor and migration, informal economy and human development.