India is home to some 14 million modern-day slaves, nearly half the total worldwide, according to a newly compiled index. Experts say more aggressive laws need to be passed and enforced to tackle this 'shameful' issue. 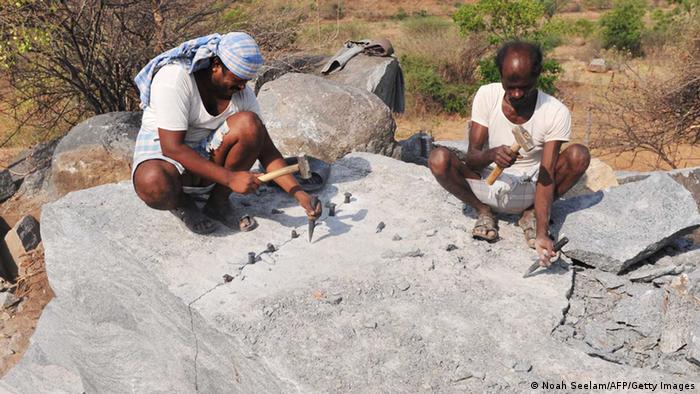 "I have been working in a quarry, cutting stones from the raw rock for more than 16 years. I am not happy with this work. My wife also works with me making Rs. 60 to 90 (USD 1 to 1.50) a day. We get skin problems, colds and coughs. Our eyes also get infected. We also suffer from back pain and joint pain."

These are the words of 31-year-old Kishan, a quarry worker in India, describing to Anti-Slavery International, a UK-based human rights organization, the conditions he and his family are forced to work in just to make ends meet in a country that has been registering remarkable growth rates over the past two decades.

Forced labor may not be at the center of global media attention, but it is the most extensive form of slavery today, with an estimated 21 million people worldwide coerced into working against their will under the threat of some sort of punishment, according to the Geneva-based International Labor Organization (ILO). Although estimates on the scale of the problem vary, experts agree that such conditions are widespread in South Asia, particularly in India which is believed to account for the vast majority of cases.

Kishan's story provides an insight into one of the most predominant forms of modern slavery today: debt bondage. The little pay the 31-year-old and his wife receive leaves them with no other choice but to borrow money from the quarry owners to cover basic expenses. But in doing so, they become trapped in a cycle where people are forced to sell their labor for no or meager wages to the same employer. 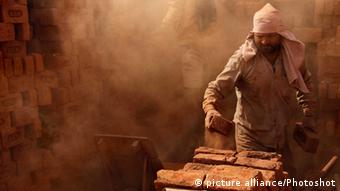 Technically, bonded laborers can put an end to their state of "unfreedom" by repaying the money owed to their employers and, in many cases, the labor is limited to a short period of time, such as a working season.

However, in cases such as Kishan's, low wages coupled with usurious interest rates often make it impossible for many workers to repay the initial loan. Debts that are not paid off in a debtor's lifetime are often passed on to other family members and their children, thus plunging complete generations of workers into a vicious cycle.

Poverty and a lack of alternate opportunity combined with threats of physical and sexual violence also force many to stay with their "masters." "The quarry owners sometimes ridicule and even beat us, if we are unable to repay the loan. We are poor and illiterate, so where can we go?" Kishan said.

Although officially abolished by the Indian government almost four decades ago, the practice of debt bondage remains prevalent in India, especially in rural areas. Agriculture, domestic work, construction, manufacturing and entertainment are believed to be among the sectors most concerned.

In Kishan's case, the debt bondage is not only limited to himself and his wife, but also extends to his children, something not uncommon in the world's second-most populous country, where child labor is used in the domestic service as well as in the production of a variety of goods. 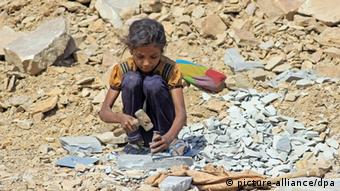 Extreme poverty combined with a lack of access to land ownership and formal credit markets for the most disadvantaged are just some of the factors driving this form of exploitation.

The problem is only exacerbated by India's centuries-old hierarchical caste system, affecting tens of millions of people who belong to the so-called "lower" castes or Dalits and the indigenous communities (Adivasis).

Half of the world's slaves

The newly released "Global Slavery Index," published on October 18 by the Walk Free Foundation, lists India as the country with by far the most "modern slaves" worldwide, with an estimated nearly 14 million, followed by China (2.9 million) and Pakistan (2.1 million). According to the Australia-based organization, India exhibits "the full spectrum of different forms of modern slavery," ranging from severe forms of inter-generational bonded labor to forced and servile marriage, the worst forms of child labor and commercial sexual exploitation.

A recent report by the US State Department states that India has also become a destination and transit country for sex trafficking, with an ever-growing number of job placement agencies luring adults and children under false promises of employment. The 2013 Trafficking in Persons Report cites accounts of women and girls from northeastern states and Odisha being sold or coerced into forced marriages in states with skewed gender ratios, some of whom were "subsequently forced into prostitution or labor by their new families." 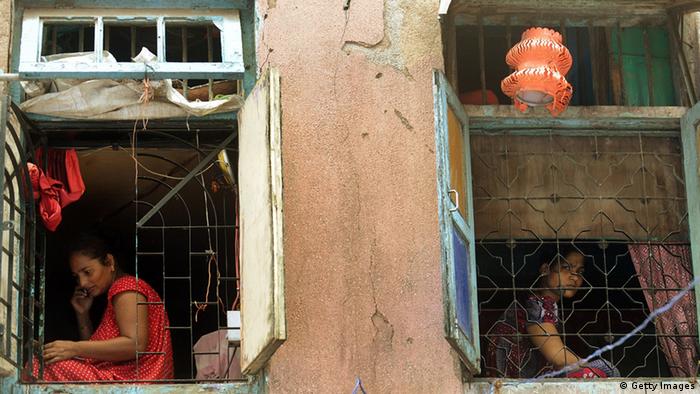 India has become a hub for sex trafficking, with more and more women and children being lured under false promises

The US government puts the total number of children victimized by commercial sexual exploitation in India at 1.2 million. The Indian Ministry of Labor and Employment did not reply to DW's requests to comment on the issue.

While New Delhi has taken some important measures to tackle the issue such as outlawing bonded labor, it has failed to effectively implement them. "India has several laws on the books, major Supreme Court judgments, and governmental structures in place to combat slavery, but the unfortunate reality is that the laws are rarely enforced.

India has simply not made a concerted and sustained effort to protect its most vulnerable populations and to stamp out numerous modes of exploitation including slavery," Kara explained.

Slavery in India – 'an uncomfortable truth'

Despite India's rapid economic growth, millions of its citizens live in slave-like conditions, according to a new index. Economist Ravi Srivastava attributes this to a lack of political will to enforce existing laws. (25.10.2013)

On the issue of child labor Madhura Swaminathan, economics professor at the Indian Statistical Institute, underlines that although New Dehli has banned child labor in hazardous industries, it still allows minors to work in other sectors. Moreover, the country has yet to sign the ILO convention on the minimum age of employment, which requires nations to abolish child labor.

Will New Delhi ignore the findings?

Swaminathan believes the only way to end this practice is by making good quality schooling available to all children and views agrarian reforms as crucial to eliminate other forms of exploitation such as bonded labor. "Without land and accompanying social reforms in rural areas, the roots of unfree practices such as caste-based exclusion cannot be wiped out," she told DW.

Analysts, however, point out that these problems are not limited to India as they are also prevalent in other South Asian countries such as Pakistan, Nepal and Bangladesh.

"In fact, one could reasonably say that India has done more than most of its neighbors to tackle slavery and child labor, but much more aggressive laws need to be passed and enforced to tackle the immense scale of the problem," Kara said, adding that many in India will no doubt be shamed by these numbers, but many in the government and certainly in the private sector will probably just ignore the findings of the newly released index.