India's topmost court has ruled that an unwed mother can be the sole legal guardian of her child and refuse to divulge the identity of the child's father. The landmark ruling was welcomed by women's rights activists. 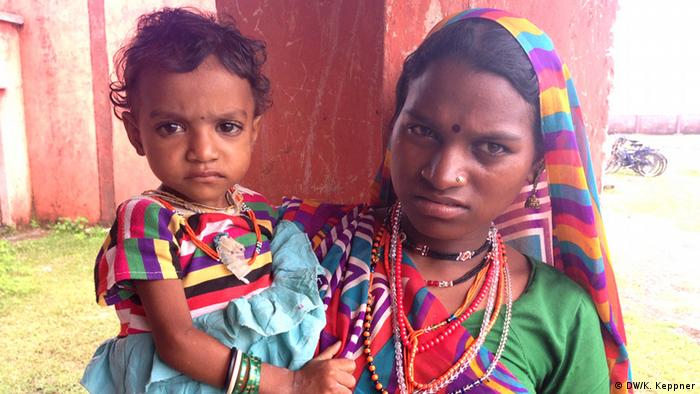 Single women in India would now be able to claim sole guardianship of their children without naming the father or needing his consent, the Supreme Court of India ruled. The court overturned previous decisions that required a mother to get the father's permission before claiming sole guardianship of child born out of marriage.

The court made its decision in a case filed by a single mother after lower courts in New Delhi told her that she needed to reveal the biological father's identity so that she could be the legal guardian of her child.

Her lawyers argued in court that she had been raising her 5-year-old without any help from the biological father, who was not aware of the child's existence.

"In this scenario, the interest of the child would be best served by appointing the appellant (the mother) as the guardian," Judges Vikramjit Sen and Abhay Manohar Sapre stated. "Furthermore… her own fundamental right to privacy will be violated if she is compelled to disclose the name and particulars of the father of her child," the judges added.

According to the current law in India, a mother needs to get the permission of the child's father before she claim sole legal guardianship.

Rights activists in India have lauded the latest decision, calling it a step forward in women's rights. Karuna Nundy, a lawyer at India's Supreme Court, tweeted her views:

When Prime Minister Modi appealed to people in India to share photos of their daughters as a way to celebrate women and girls, the initiative #SelfieWithDaughter had a global impact as proud parents embraced the message. (30.06.2015)