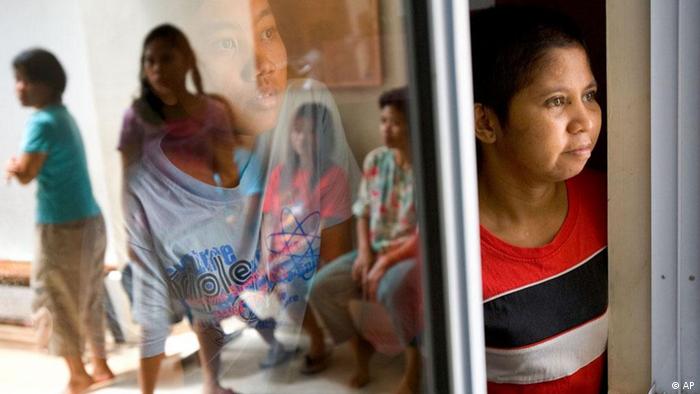 Singapore is home to almost 250,000 foreign domestic workers, many of whom come from Indonesia to the wealthy city-state to earn higher salaries. Singapore's tight regulations mean that working conditions are considered better than in Malaysia or the Middle East.

However, dozens of listings on the Singaporean online marketplace Carousell caused controversy last week over accusations that maids were being marketed and sold like products by an employment agency.

Carousell suspended the agency's account, which according to local media had posted 50 listings advertising foreign domestic workers "for sale." On Wednesday last week, Singapore's labor ministry, the Ministry of Manpower (MOM), suspended the maid employment agency's license and are conducting an investigation into "inappropriate marketing" of maids on online marketplaces.

Anis Hidayah, co-founder and director at the NGO Migrant Care in Jakarta, spoke with DW about human trafficking in sending Indonesian domestic workers to Singapore. 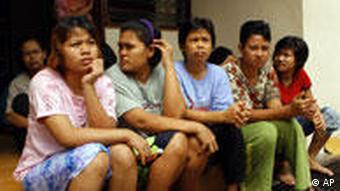 DW: How is online advertising of migrant workers considered to be human trafficking?

The question is; who actually takes part in Indonesian syndicates? Then, who acts as their partners? Human trafficking networks connect from one country to another on a bilateral, regional and even international level.

If Singapore's government investigates the matter, it must be done thoroughly to uncover the main network. The Indonesian government must also conduct a follow-up investigation to unveil their networks operating domestically.

This is not the first case where Indonesian migrant workers have been sold like commodities, correct?

No, it is not. In 2006, Indonesian migrant workers were not offered online, but rather they were lined-up for sale at shopping centers in Singapore. There were even apartment listings promising to provide two free maids from Indonesia. This has been happening for a while.

How does this phenomenon affect worker safety?

If homeowners or industries recruit their workers from these kinds of online platforms, they are more likely to exploit workers because they think they've already bought them in the first place.

If these cases are not new, why do they persist?

The Indonesian government has never taken serious action against these advertisements. I remember there was one advertisement in Malaysia in 2012, offering migrant workers "on sale" for 40 percent off. The government at the time didn't respond diplomatically, instead they considered it like a sticker ad for a toilet pump that didn't need to be seriously dealt with.

Are migrant workers from other countries advertised?

Yes, but not as often as Indonesian migrant workers. I remember the Philippine government sent an objection note when Filipino workers were offered through these advertisements in Singapore in 2006. The ads were directly retracted as a result. To my knowledge, this was the first time a government sent a diplomatic note because of an advertisement.

Most of the workers advertised are experienced. It means that they are already registered on the government's official list. How do you think experienced workers can fall victim to human trafficking?

I assume they are recruited directly in Indonesia by a Singaporean agent, or Indonesian agents supply the workers to Singapore. The Indonesian government needs to investigate this second possibility.

Does it mean that the recruitment process in Indonesia is illegal?

Not necessarily, it can also be done through legal processes. But related to the case in Singapore, if the workers are offered in ads, it means they do not yet have an employment contract.

One of the requirements for workers to be able to work outside of Indonesia is that they have an employment contract clearly stating the address of their future employers. It means that they should already know and have employers before leaving the country.

Anis Hidayah is a member of the board of directors and the Head of Center of Migration Study at MigrantCare in Jakarta, Indonesia.

The interview was conducted by Rizki Nugraha.