In China, the wife of former leading politician Bo Xilai has been convicted of murder. A number of experts believe the case is merely a result of a grab for power among members of China's elite. 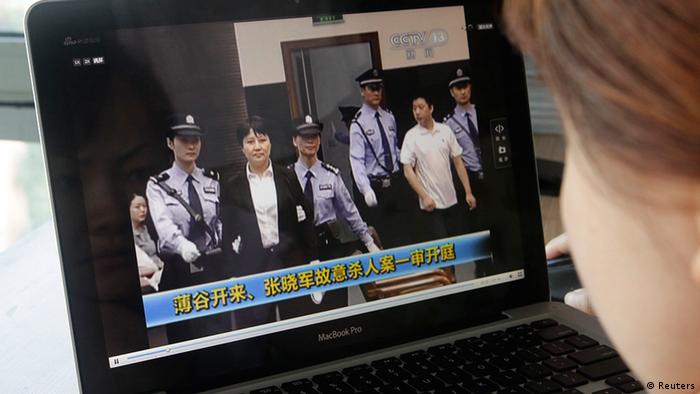 A court in the eastern Chinese city of Hefei convicted Gu Kailai, the wife of Chinese politician Bo Xilai, of murder on Monday (20.08.2012). Chinese state media have reported that Gu, a former prosecutor, admitted to poisoning British businessman Neil Heywood. The court sentenced her to death, but that sentence has been commuted. If Gu maintains a clean record for the next two years, she will serve a life sentence in prison rather than being executed.

Gu's husband Bo Xilai, who was party chief of China's largest city Chongqing, had been seen as a top candidate to become a member of China's center of power - the Communist Party's Politburo Standing Committee. To the shock of the nation, he was removed from his office in March. Until that point, he had been the charismatic bearer of hope of the so-called "New Left," son of a famous veteran of the revolution and a poster child of the upper class of "princelings." Now, with the loss of his seat in the Politburo and in the party's central committee, his career in politics has come to an end. 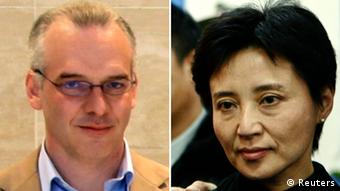 His wife was investigated for the murder of Heywood in July. According to official accounts, both had their differences in terms of business. Heywood was found dead in a hotel in Chongqing last November. The official diagnosis was alcohol poisoning. The body was cremated soon after he was found without an autopsy.

The murder charge against Bo's wife is seen by many as part of a campaign against Bo himself. The connection between Gu Kailai and the death of 41-year-old Heywood fits perfectly into the mosaic of the following events: 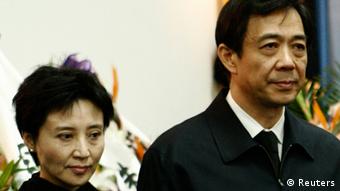 At the beginning of February, Chongqing's police chief, Wang Lijun, is fired. No official reason is given for his dismissal. Apparently, there had been a row between him and Bo Xilai right before his dismissal. Wang is said to have admitted that his officers expected foul play in the death of Neil Heywood. They had not wanted to put their names to a report that spoke of death by alcohol poisoning.

After close colleagues start to disappear, Wang Lijun starts to fear for his life and escapes to a US consulate 300 kilometers away in the city of Chengdu. Police from Chongqing surround the consulate and the affair receives international recognition - to the great dismay of Beijing. A day later, Wang Lijun leaves the consulate - voluntarily, as they called it. Officialls from Beijing escort the former police chief past the Chongqing police in Beijing. Now he is being accused of high treason.

The National People's Congress follows in March. The annual meeting of China's parliament is supposed to take place without any glitches. Bo Xilai makes his last public appearance. Right after the People's Congress draws to a conclusion, he is removed from his office as police chief on March 16. No official reason is named as to why. Since then, Bo has been under house arrest.

Bo Xilai rose up the ranks of power and was tipped to be promoted to the nine-member Politburo Standing Committee. During the 18th National Congress, which will take place in autumn 2012, new members will be selected for the committee.

Bo Xilai was a prominent representative of the so-called "New Left" movement, which seeks to gain more control over societal problems in China such as growing disparities between the rich and the poor and an increase in corruption while at the same time embracing the legacy of the revolution.

In Chongqing, Bo banned TV advertisements and promoted revolutionary songs from the Mao era. He started an anti-corruption campaign which rounded up thousands of law breakers and sentenced dozens to death. But the campaign failed to place much emphasis on law and justice.

On the other side of China's political spectrum are the more economic liberally mided people backing Prime Minister Wen Jiabao. These people seek to solve the country's problems through the implementation of more reforms; they want to downsize the state and a stronger justice system. Recently, Wen Jiabao spoke in favor of breaking the monopoly of China's large state-run banks.

China expert Willy Lam told DW the recent events in China were all part of a classic power struggle. After months of wrangling behind the scenes, what the party leaders now wanted was to present a picture of unity, he added.

"That is in the interest of all the factions." We will only understand the "behind the scenes horse trading" and the "intrigues" after the Standing Committee has been announced. Lam said it was also possible that the number of members in the Standing Committee could be reduced from nine to seven - in case the row among the factions could not be solved behind the curtains.

The Chinese leadership wars are said to have already decided over the fate of Bo's family during their traditional summer retreat at the resort Beidahe, where party chief Hu Jintao is also said to have decided on the topics of the up-coming party congress and also on the new members of the Politburo. Now that Gu Kailai has been found guilty, her husband's political fate lies with the gods.

Opinion: 'The sentence against Gu Kailai is political'

A Chinese court has given a commuted death sentence to the wife of disgraced politician Bo Xilai for murdering a British businessman. Gu Kailai faces a life sentence, provided she commits no further offences. (20.08.2012)

"The trial has nothing to do with normal people"