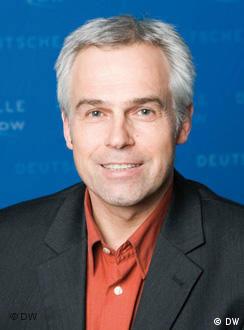 The death penalty with two years' reprieve is a favorite sentence in China's legal system. A relic of Imperial China, it was unearthed on the express wish of Mao Zedong. Generally, it is commuted to a sentence of life imprisonment.

And the sentence is not the only Chinese idiosyncrasy in the trial against Gu Kailai that has received vast international attention. Whereas a trial usually examines a crime and seeks to find the reasons behind it, it would seem the exact opposite is true in the case against Gu Kailai. It seems as if the point of the trial was to cover up the connections in a complex system of continual abuse of power by top Communist Party cadres.

After a trial that lasted seven hours, there seem to be more open questions than answers. Where is the evidence that the murdered British businessman Neil Heywood threatened Gu Kailai's son? Bo Guagua was able to continue studying unchallenged at the Harvard Kennedy School of Government in the US. What business transactions did Gu Kailai and her husband Bo Xilai argue over with the opaque Heywood?

And above all: What role did Bo, the former party chief of Chongqing who had been tipped for promotion to China's top decision-making body, the nine-member Politburo Standing Committee until this scandal broke, really play? If Gu Kailai did plot Heywood's death would she not have let her husband in on it and not only a family employee?

Bo was not mentioned once at the trial. Nor was his former confidant Wang Lijun who, as police chief of Chonqing, benefited from his boss' rapid rise to power. Wang Lijun was the first to raise the alarm bells about Heywood's death when he dressed up as a woman and fled to the US consulate in Chengdu - the only place he thought he might be safe.

The sentence against Gu Kailai is political: The death penalty is supposed to indicate toughness to the people, whereas the two-year reprieve and likely commutation to a life sentence is supposed to appease Bo Xilai's many supporters in both the military and politics.

Nobody in the higher party ranks seems to have any interest in finding out where the money that was illegally transferred abroad with Heywood's help came from. Too many are probably involved in similar deals. Before the change of leadership at the 18th party congress in the fall, the party wants one thing in particular - peace. Transparency isn't their thing.

All this secretiveness has elements of the absurd: Although the delegates for the most important party congress in the past 10 years were recently named nobody yet knows when exactly it is taking place.

A Chinese court has given a commuted death sentence to the wife of disgraced politician Bo Xilai for murdering a British businessman. Gu Kailai faces a life sentence, provided she commits no further offences. (20.08.2012)