The president's decision to declare a national emergency following an increase in rape cases has been largely supported by locals. Many say they are tired of the country's culture of impunity. 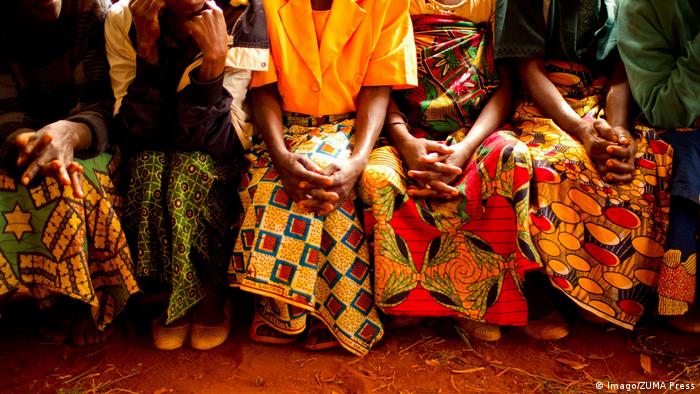 Barely a day goes by in Sierra Leone without the local media reporting on disturbing cases of sexual violence, often involving underage girls.

So last week's decision by the president of Sierra Leone to declare a national emergency in response to an increase in cases of rape only served to further highlight the persistent problem of sexual violence in the country.

The declaration was sparked by the horrific rape of a five-year-old girl by her 28-year-old uncle, which left her paralyzed from the waist down.

Locals reacted with horror and anger to the news, but were largely relieved by the president's announcement.

"I'm really happy about this decision from the president." Mabinty Mansaray told DW. "I hope those who fall short of the law will get what they deserve. We women are tired, we're tired of hearing these stories. So we're calling on the government to turn this declaration into a law that will be effective for us."

DJ Aiah Senessie is more skeptical over the impact the declaration will ultimately have.

"As always with Sierra Leone, we have issues with facilitating," he told DW. "We have an emergency, now we also have to put the strategies in place to ensure you know about all the cases and enforce laws that will make it even harder to get away with rape."

Read more: How women are pushing back against rape culture in South Africa

Challenging a culture of 'indifference'

During his speech, President Julius Maada Bio called for an end to the culture of "indifference" in Sierra Leone and the impunity which allows it to thrive.

In many cases the perpetrator is known to the victim, or is in a position of trust. 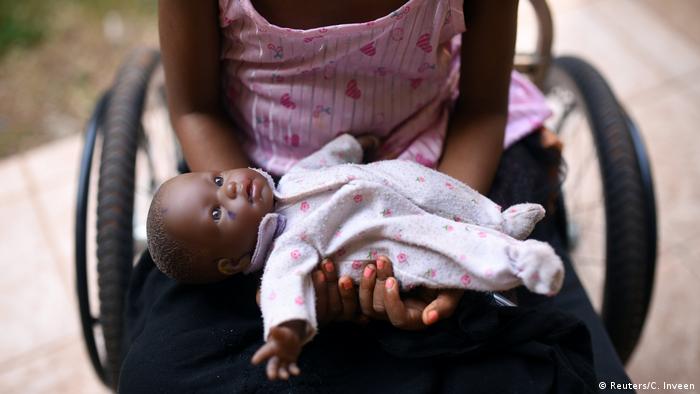 A five-year-old girl was the victim of rape, leaving her paralysed from the waist down

"My experience with abuse started when I was ten, [he was] a family friend," one victim known only as Naomi (not her real name) told DW. "We all trusted him. My Mom trusted him, my sister trusted him and I trusted him. We were so comfortable with him that we all slept in the same bed with my sister."

Naomi says the abuse got so bad that she eventually contemplated suicide.

"I went to the beach. I wanted to kill myself. I met someone and she spoke to me [about the abuse] but I still decided I wanted to end it all. What could an adolescent girl have done to deserve over a decade of abuse?"

According to Daniel Kettor, the Executive Director of the Rainbo Initiative which works with victims of rape and other sex crimes, many victims unfortunately do not press charges against the perpetrator.

"A survivor will tell you categorically 'I don't want to pursue this case,'" he told DW. "The reason why, is because [the perpetrator] is often the only person providing for the family. Sometimes it is incest, the father or an uncle raping the daughter, or it might be somebody staying in the same house."

Nicky Spencer Cole, a lawyer with the organization Legal Access through Women Yearning for Equal Rights and Social Justice (LAWYERS) says cultural norms play a large role in this.

"A lot of the time what prevents women from talking about it or making a report is cultural and traditional [norms]," she told DW. "With certain cultures, it is believed that if the woman is not abused in certain ways, then the man is expressing his love for her."

The Rainbo Initiative is currently the only provider of free medical and psychosocial services for gender-based violence in Sierra Leone. The alarming frequency of sexual violence also takes its toll on health workers and legal representatives who help survivors.

"It's really challenging for the staff and myself to listen to these stories on a daily basis," Kettor told DW. 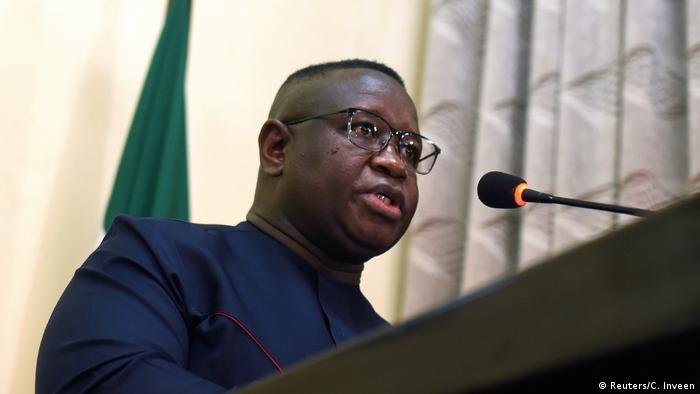 It is difficult to pinpoint a reason for the sudden increase in rape cases. Over the past two decades, Sierra Leone has grappled with the legacy of a brutal civil war, during which rape was commonly used as a weapon. While the country has made strides in the process of reconciliation, the shadow of sexual violence still lingers.

According to the United States Institute of Peace, wartime sexual violence can be linked to peacetime gender-based discrimination and assault. Sierra Leone didn't pass its first gender equality laws until 2007.

Ultimately though, there are a myriad of causes of rape in society, including high levels of poverty, social norms — such as the ideology of male entitlement — and a pervasive rape culture in which sexual violence is normalized or excused. 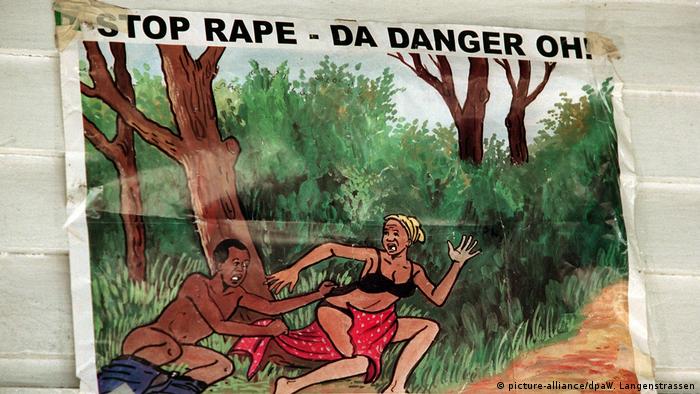 A UNICEF rape-prevention poster in Sierra Leone from 2002, the same year the civil war ended

There are positive signs that Sierra Leone is working to seriously tackle the problem. In December 2018, first lady Fatima Maada Bio led a demonstration in the capital Freetown to raise awareness of the issue. She went on to launch a campaign called Hands Off Our Girls, which also aims to stop forced marriages of underage girls and domestic violence in marriages.

Raising awareness is already helping to challenge the long-held taboo in Sierra Leonean society against discussing rape and sexual assault.

"In some communities, you never talk about rape — it's a taboo," says Kettor. "But now survivors are coming out and saying, 'yes I was raped.' So we are encouraging more survivors to come on board and encouraging more people to speak about it."

Those who work in the sexual health and psychology industries like Kettor are hopeful that, while announcing a national emergency is disconcerting, it will ultimately have a positive impact on reducing the rates of sexual violence in Sierra Leone.

"I think the cases [of rape] are increasing," he says. "That's why we are calling on all stakeholders [to help]. It is another war we are fighting. A war of combating and eradicating sexual violence against women and girls."

Rape as weapon of war: Is the world failing to protect women?

Claudia Anthony and Murtala Mohamed Kamara contributed to this report.

Sexual violence as weapon of war