Sierra Leone's president said he would sign the abolition of capital punishment, fulfilling a personal campaign pledge. Some 99 people in the country are currently sitting on death row. 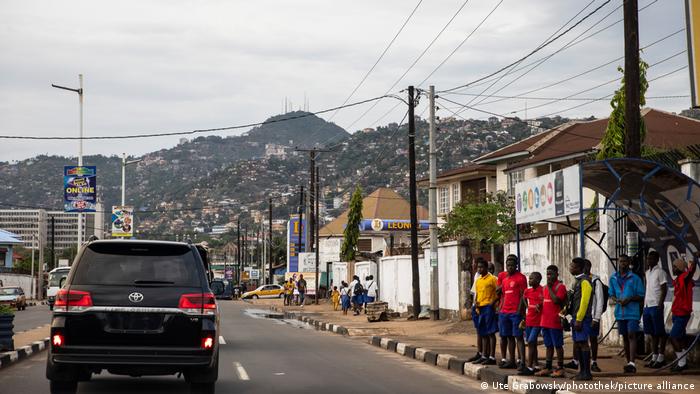 Sierra Leone's 1991 constitution had allowed the use of the death penalty for aggravated robbery, murder, treason and mutiny

Lawmakers in Sierra Leone voted on Friday to abolish the death penalty, becoming the latest African country to ban the practice.

Sierra Leone's 1991 constitution had allowed the use of the death penalty for aggravated robbery, murder, treason and mutiny.

After Friday's vote, capital punishment will now be replaced with life imprisonment or a minimum 30-year jail term.

The move to end the death penalty will affect some 99 people who were sitting on death row as of June 2021.

'An affront to civilized society'

Although no execution has been carried out in Sierra Leone since 1998, with death sentences often commuted, the country had frequently come under fire from rights groups for not completely abolishing the practice.

"Today, I have fulfilled a governance pledge to permanently abolish the death penalty in Sierra Leone. I thank citizens, members of Parliament, development partners, and rights groups that have steadfastly stood with us to make history," President Julius Maada Bio said on Twitter.

The diamond-rich former British colony has been ravaged by poverty and a 1991-2002 civil war that claimed 120,000 lives. In 2006, a truth and reconciliation commission set up to investigate the conflict had called for abolishing the death penalty, saying it was "an affront to civilized society."

Death penalty in decline in Africa

According to Amnesty International, some 108 countries across the world had completely abolished the death penalty by the end of 2020, while 144 had abolished it in law or in practice.

Two other countries in Africa abolished the death penalty recently; Malawi banned it in April this year, while Chad ended the practice last year.

Child marriage on the rise in Sierra Leone

A year ago, a 709-carat diamond was unearthed outside a remote village in eastern Sierra Leone. DW's Abu-Bakarr Jalloh reports on how little villagers there have benefited from the find.