Sieren's China: Together in the rain

The ECB has approved the yuan as a reserve currency. This is a symbolic but historic step for China, which can now establish its currency in Europe as a counterweight to the US dollar, says DW's Frank Sieren. 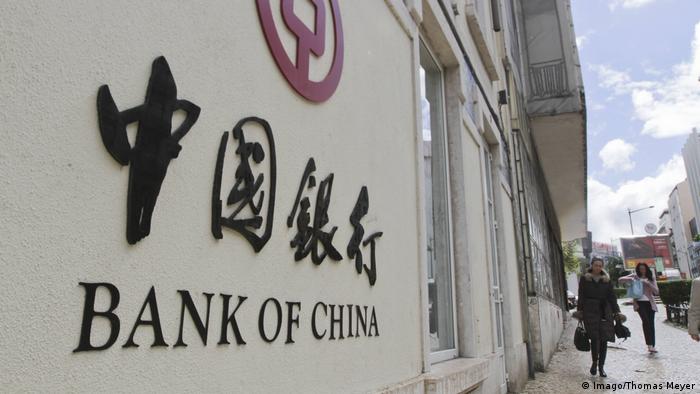 Following Donald Trump's announcement that the US was withdrawing from the Paris climate agreement in the White House's sunny Rose Garden, EU and Chinese politicians met at a joint summit in Brussels. Yet their appearance was decidedly less sunny: they seemed like good acquaintances spending longer than they liked under a shared umbrella during a downpour.

Neither Beijing nor Brussels like being forced to do something - let alone by Donald Trump. China did not sign a joint declaration on climate because the EU does not want to grant China market economy status. Now Angela Merkel has a lot to do to ensure that there is some solidarity two weeks from now at the G20 summit in Hamburg. The conditions are right. When it comes to globalization, climate protection and free trade, Beijing and Brussels are currently closer to each other than to Washington.

There was a small step forward this week: the European Central Bank (ECB) decided to take up the yuan, also known as the renminbi (RMB) in its basket of reserve currencies. It shifted half a billion euros of its US dollar holdings to the Chinese currency, elevating its status to a global currency. Even if this amount - considering the total volume of some 280 billion euros in foreign reserves - only has a symbolic character, the message is clear: Europe is looking forward to a bright future, with China as its most important trading partner. For China, this is a historic occasion which will allow it to develop the yuan into a globally accepted currency, which will one day rival the US dollar.

Indeed, the emerging global power is sailing past milestones. Last autumn, the International Monetary Fund (IMF) approved the yuan's inclusion in the Special Drawing Right (SDR) basket, an artificial reserve currency, alongside the US dollar, the euro, the Japanese yen and the British pound.

By doing this, the IMF, which continues to be dominated by the West, was trying to pressure China into reaching certain goals and finally allow the yuan to be subjected to free market forces. This hope has not yet been fulfilled: The yuan can still not be traded freely on the world market. Foreigners are still restricted when it comes to their investment in Chinese securities and financial products. Beijing is approaching the market reforms that Chinese President Xi Jinping promised when he took office with some reluctance in view of the weakening global economy. China fears attacks from the international markets if the yuan can be traded more freely.

China's emancipation from the US

This could turn out to be a clever strategic step even if those in the Western financial world might not be too happy about it, considering the uncertain times in which we are living. When the US' real estate bubble burst in 2008, triggering a downward spiral in the global economy, China decided to free the yuan as a trading currency step by step from the US' turbulent monetary policy.

Taking precautionary steps, Beijing based its economic development on a stronger foundation by experimenting with special economic zones and by easing yuan transactions in offshore share and bond trading in Hong Kong and London.

The new US protectionism seems like a coarse retreat as compared to this reasonable opening up in small steps which continues until today. Trump is already softening with regard to the Obama administration's weak debt regulations instead of distancing himself from the policy of huge debts. So the US dollar, which is already drugged up, continues to fly high. But the fall will be all the harder if the euphoria flies away. The yuan will be a solid rock if this happens and it will gain in significance for Europe too. Perhaps China will buy more European bonds if those from the US seem less reliable. Why not? In which case, the good acquaintances might end up being good friends under their umbrella.

A joint struggle against Wall Street

Even without a US dollar crisis, the EU and China are already united: Both want to put an end to the speculation system on Wall Street and replace it with a stable global financial system where the rules are fair for all participants. The EU and China both know that they only have a chance of doing this if they work together.

Whether in such a future, it is the yuan or the euro that sets the tone will depend on reality - a strengthened eurozone or a freely traded renminbi. The race is on...

The scandal drew national attention in China and protests by disgruntled customers in July were violently quashed. Authorities in Henan now say they have arrested 234 people and made progress recovering the funds.