No other country has as much experience handling the coronavirus as China does. It is important to use this knowledge, even if not all of it can be applied in Germany, says Frank Sieren. 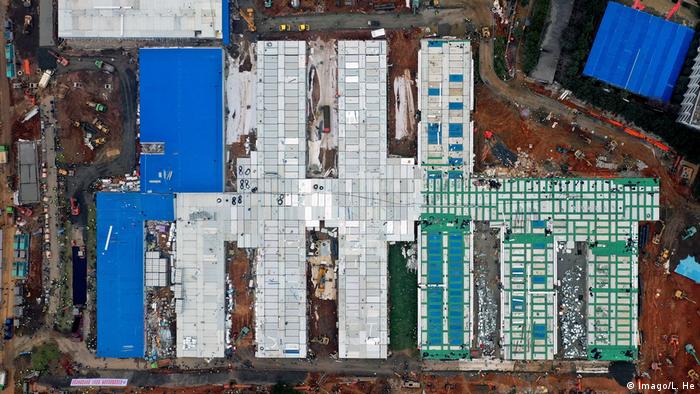 After weeks of tension and fear, the coronavirus seems to be subsiding in China. Last weekend, more people were discharged from hospital than were admitted with the coronavirus. On Tuesday, 125 confirmed cases of infection were reported. That's the lowest figure since January.

In the rest of the world, the infection continues to spread. Last week, there were more new cases outside of China than within. There are some 200 confirmed cases in Germany, and it is not always possible to follow the chain of transmission. The first case in Berlin was discovered only by chance. As at the beginning of the outbreak in China, there is an atmosphere of uncertainty at the moment in Germany. Disinfectants and surgical face masks have sold out. People have been stocking up on supplies.

Various major events have been canceled or postponed, including the International Tourism Fair (ITB) and the Leipzig Book Fair. The Health Ministry has recommended that people no longer shake hands to greet each other.

Nobody is yet speaking about lockdowns or shutting down public transport systems to contain the virus; there are too few cases at the moment to warrant such moves, even if they were logistically and ethically possible. There is still no screening at train stations, airports or shopping malls.

In Italy, where there are far more cases than in Germany, the authorities have looked to China for ways of dealing with the crisis. Following this Chinese model, whole Italian municipalities have been sealed off from the outside world without further ado.

The World Health Organization does not seem to think that Beijing's measures so far have been too drastic. A recent report submitted after a mission organized by the WHO and the Chinese government to study the state of the virus notes that "China has rolled out perhaps the most ambitious, agile" and aggressive disease containment effort in history."

It also suggested that the world could learn from China's handling of the virus but that much of the international community was not ready "in mindset and materially, to implement the measures" employed by Beijing. 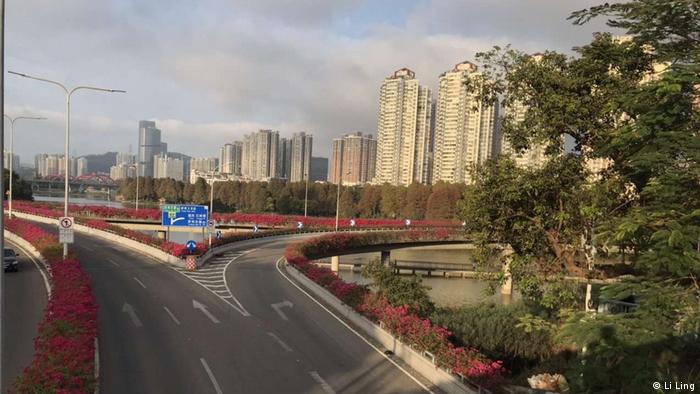 The streets of Wuhan, the origin of the epidemic, are practically deserted because of a lockdown

Indeed, in Europe, most of the population would not appreciate such restrictions to their freedom; the current mood could turn to anger instead. This also applies to the area of data protection: In China, South Korea and Hong Kong, citizens can follow where there has been an outbreak of the virus in their neighborhood via app. This would not work in the EU, where there are strict regulations to protect individuals' private spheres.

It would also be virtually impossible to seal off whole housing blocks as has been done in China, where people often live in compounds with building superintendents. In Europe, there are also no neighborhood committees that could ensure people wear their masks and measure their temperatures. These committees have existed in China since the 1950s and are supposed to "keep order," which can also involve spying and surveillance (though arguably much less than during the Cultural Revolution). Anything vaguely similar would be rejected by most citizens of Germany or Europe, whether or not there is an epidemic.

Germany has the advantage of having a better health system than China and higher hygiene standards generally. It is also less densely populated than China. Nonetheless, the German government has to think seriously about whether it is in a position to cope if there is a major virus epidemic now or in the future. According to the European Centre for Disease Prevention and Control, some 25,000 hospital beds in Germany can currently be turned into isolation rooms if need be. There are also 28,000 beds with ventilation systems. This is a good start compared to certain other EU countries.

However, there could be a shortage of protective clothing, such as masks, gloves and suits, such as those recently seen in Chinese hospitals. So the government has introduced measures to increase production in Germany and elsewhere in Europe. 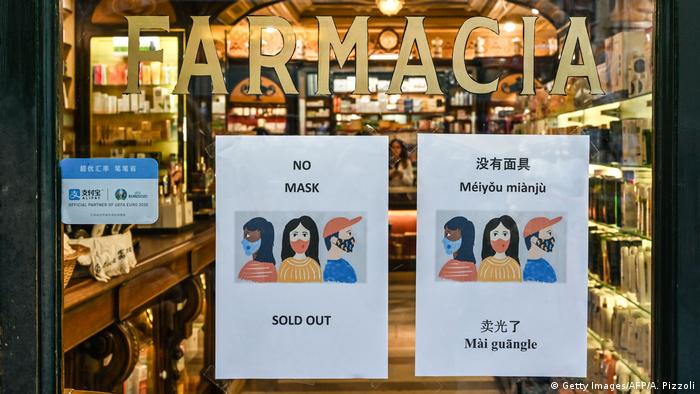 Protective masks are sold out in many cities in Europe, like this one in Rome

What China has shown is that speed is crucial. WHO epidemiologist Bruce Aylward recently told reporters that "the key learning from China is speed — it's all about the speed. The faster you can find the cases, isolate the cases and track their close contacts, the more successful you're going to be.”

This means having access to data, however: from passenger names on flights, to event participants and footage from surveillance cameras in the subway. And whether authorities should access such data is a contentious issue in Germany.

To isolate mild cases, "shelter hospitals" could make sense. In Wuhan, people with mild symptoms have been quarantined and treated in makeshift  hospitals in gyms and barracks for example, so that beds in intensive care units and other resources are not squandered. In this way, it has been possible to reduce the danger of infecting other family members as can occur during quarantine at home. But this enforced external quarantine is also an infringement of individual freedom, and in Europe, people are not likely to voluntarily allow themselves to be quartered in such locations.

China is also faster when it comes to testing for coronavirus. In China it now takes between four and seven hours to confirm whether symptoms correspond to the coronavirus, while in Germany it can still take up to 24 hours at least, not all insurance companies will automatically pay for the test. Even with regard to travel restrictions, Europe is still being very hesitant in comparison with China.

The situation in South Korea and China has shown how important a digital infrastructure can be in such times of crisis. In both countries, people are remaining in contact thanks to the internet, as well as keeping themselves informed and entertained. Gyms are providing online fitness courses. Schools are teaching pupils online. Delivery apps continue to function, so people can still have food and medicine brought to their homes, even if customers no longer accept deliveries at the door but fetch them from the outer fences surrounding apartment complexes.

Panic and hysteria make no sense in such a time of crisis, whether in Germany or elsewhere in Europe. But it would do no harm to reflect on which of the measures China has implemented might be adapted to Europe.

After all, in a globalized world, the next virus is just around the corner.