Should we worry about the euro′s weakness? | Europe| News and current affairs from around the continent | DW | 10.01.2012

The debt crisis is becoming a currency crisis - this is the message being spread by several media outlets in Germany. The euro is at its lowest level against the dollar in over a year: But is the concern justified? 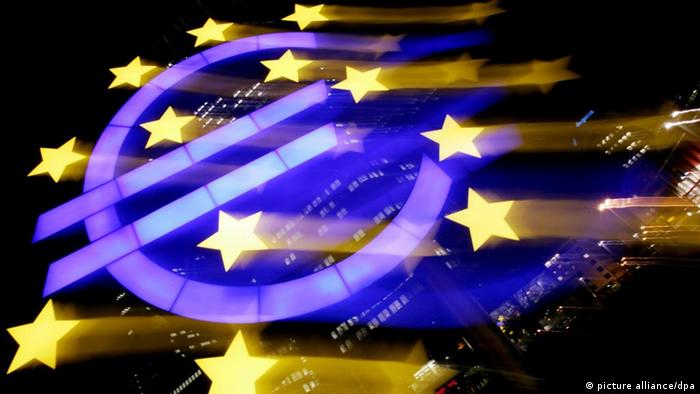 Is the debt crisis becoming a currency crisis?

When the euro currency was introduced to eurozone states in 2002 it wasn't even worth one US dollar. On average, it was worth around $0.95. After that its value climbed steadily and reached its highpoint in 2008, when it was worth around $1.47. Since then it has dropped but remained strong, with its 2011 average value around $1.39.

There are a number of economic theories that attempt to explain the fluctuation in the euro' value, but all agree that the changes in currency value are mainly due to the balance of trade.

Simply put: If the Europeans import more products to the US than they import, then the euro increases in value. European companies are paid in euros - either directly or as a result of a currency exchange. From a macroeconomic perspective, this means that on international currency markets dollars are sold and euros demanded - resulting in a strengthened euro.

Good or bad for exports? 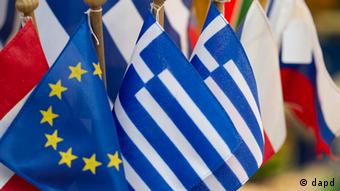 Not all European countries profited from the weak euro

In 2008, when the euro was especially strong, worry arose in the eurozone about the effect on the competitiveness of industry. For the more expensive the euro became against the dollar, the more expensive European products became on international markets. In other words, this had a negative impact on eurozone exporters.

It follows that now, with the weaker euro, eurozone exporters would be at an advantage. This is indeed the case, according to Folker Hellmeyer, a chief analyst at the Bremen state bank.

"All in all, this is a helpful environment," Hellmeyer told DW-TW, adding, however, that not every country in the eurozone profited in the same way. For countries like Germany, for instance, which imports more products in dollars than it exports, Hellmeyer said it was a "mixed situation."

As well as the trade balance, the level of interest is another important aspect for the value of a currency. Investors are keen on securing the highest revenues with their money. In the eurozone at the moment, the leading interest rate is steady at one percent. In the US it is even lower, currently below 0.25 percent.

Government bonds of eurozone nations, conversely, promise higher interest rates. Italy, for example, was forced to pay nearly 7 percent interest - its highest level ever - for new loans when it recently refinanced its budget. However, in the face of the debt crisis investors have become hesitant to loan struggling eurozone members money; the high interest rates are attractive for banks, but worries remain that they will lose their investments if a debt consolidation is necessary.

The insecurity that has long loomed in the eurozone has had an adverse effect on the value of the euro, according to You-Na Park, currency expert at the Frankfurt-based Commerzbank. Spain and Italy will have to take up new loans later this week; whether or not they are able to secure these loans with acceptable conditions remains unclear.

The systemic problems festering in Greece are a supplementary issue for the eurozone. Nobody knows by how much the Greek debt will in the end have to be reduced. It could be even more than planned: according to media reports released last week, the International Monetary Fund has expressed doubt over the effectiveness of Greece's recovery program. 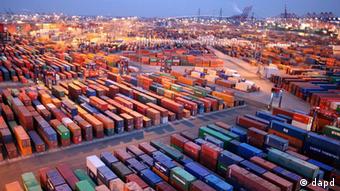 Investors are looking to the security offered by Germany

Athens either has to make further budget cuts, creditors will have to be prepared to lose yet more money, or Greece's eurozone neighbors will have to stump up more money, the German news magazine Der Spiegel reported with reference to IMF sources. This, too, has increased fed the nervousness already abundantly present on international markets.

Folker Hellmeyer of the Bremen state bank sees these fears as justified: "We have overwhelmed Greece with reforms," Hellmeyer told DW-TV, adding that a kind of Marshall Plan was now necessary. "If we can't manage to help a country with 10 million inhabitants return to solvency, then we've put ourselves in a bad position for the future."

Hellmeyer believes that the eurozone can emerge stronger from the crisis than when it entered it: "It will not come without a certain amount of pain, but we can ultimately forge a stronger political union."

Just how large the desire for a safe haven has become was clear on Monday, when at an auction German bonds were bought at negative interest rates. This means that investors were prepared to accept slight losses so that they could park their money in German bonds. If the situation improves, however, the investors will be able to sell the bonds on at a profit.

French President Nicolas Sarkozy has met with German Chancellor Angela Merkel to discuss how to boost economic growth in the eurozone and to finalize a deal on tougher budget controls in the single currency area. (10.01.2012)

Latest statistics suggest German exports breached the 1-trillion euro mark for the first time ever in 2011. Experts say overseas demand was boosted by the relative weakness of the euro. (10.01.2012)