Shooting by Sydney teenager appears to be 'linked to terrorism'

A 15-year-old immigrant has killed a man at Sydney police headquarters, in what appeared to be a "politically motivated" attack, Australian officials say. The Iranian-born boy was killed in the subsequent shootout. 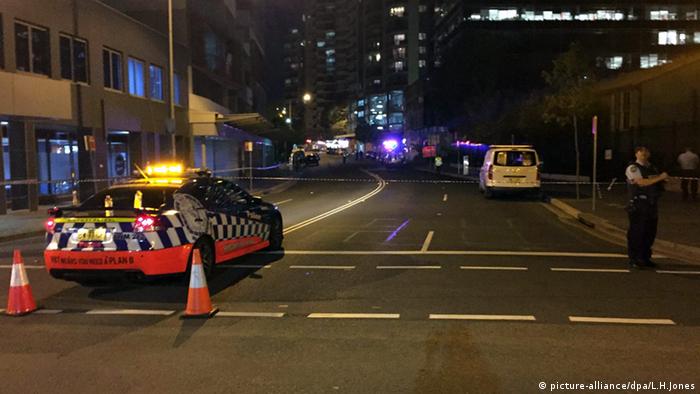 "It is doubly shocking as it was perpetrated by a 15-year-old boy, and it underlines the need for families and communities to be aware whether young people are being radicalized," he said.

The shooting, which claimed the life of a civilian police employee the day before, "appears at this stage to be an act of terrorism," Turnbull added.

The police identified the teenager as an Iranian-born youth of Iraqi-Kurdish background living in Sydney. According to the officials, the 15-year old shot finance department worker Curtis Cheng at close range in front of Sydney police headquarters. The police assume that he was working alone.

The teen also fired at responding officers, who shot and killed him, according to Scipione.

Prime Minister Turnbull urged calm on Saturday, saying that members of the Australian Muslim community were appalled by the incident.

"We must not vilify or blame the entire Muslim community for the actions of what is, in truth, a very, very small percentage of violent extremist individuals," he added.

Turnbull also urged Australians not to be deterred from enjoying the weekend of football finals as a way to demonstrate "we are a free people."

The Friday shooting was only the latest incident of in a series of attacks by radicalized youths on Australian soil.

In September 2014, police gunned down an 18-year-old was after he stabbed two members of a counterterrorism unit in Melbourne. In May this year, Melbourne officials arrested a 17-year-old and accused him of plotting to detonate three homemade pipe bombs.

Several teens were also arrested in April on suspicion of planning a terror attack during a Veterans' Day ceremony. A then-14-year-old British boy organized the plot, according to officials. On Friday, the teenager was sentenced to at least five years in custody.

Australia is among the most active allies of the US in the battle against militants in Iraq and Syria. At the same time, dozens of Australian citizens are believed to be fighting alongside militant groups in the Middle East.