In the wake of the Florida school shooting, companies across the country that offer shooter training courses saw a spike in their bookings. But how effective can they be? Jurriaan van Eerten went along to one in Denver. 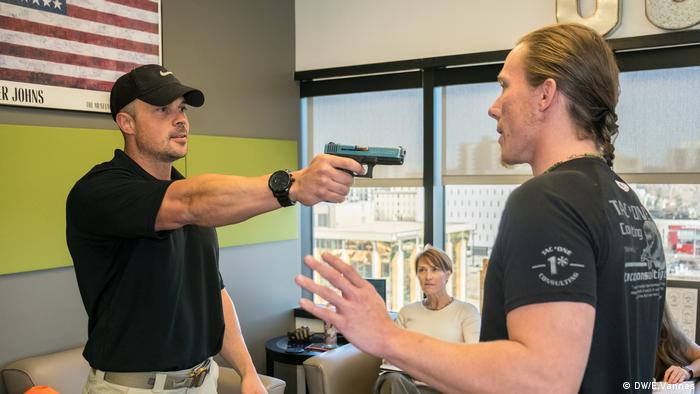 The first cone is down at the corner, just past a working cubicle on the right and before the coffee corner. The next cone is placed a little further down the hall, from where visitors have a spectacular view of urban Denver. From there you should be able to make it to the third cone and on to the emergency exit.

"But don't run blindly," says trainer Joe Deedon, before the group of women start with the exercise. "Before you turn a corner you stop and look, just to make sure you are not running right towards the active shooter. Or a second shooter, you never know."

Read more: European gun-makers flood the US with firearms

Amy Skinner takes off her high-heels. Once she gets the signal she storms away, stopping at the corner as per instructions, and on to the next cone. Somewhere down the hall is the other instructor with a fake pistol and dressed in a bulletproof vest — the whole point of the exercise is to make sure he's not able to get a clear shot. 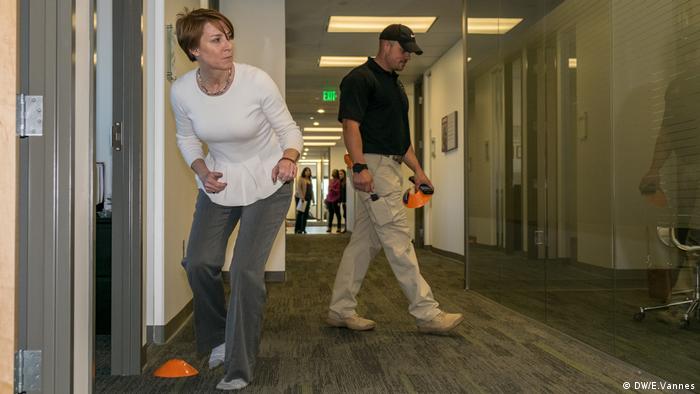 Amy Skinner, one of the participants, peeks around the corner of a cubicle, to check for the shooter

This is part of an "active shooter training" in an office building in Denver, Colorado, where a group of four employees, all women, are taught what to do if someone enters their building with the intention of killing as many people as possible. The concept behind the training course is "Run, hide, fight," which is promoted, and funded, by the federal government.

Instructor Joe Deedon started his company in 2007, the year in which a 23-year-old student at Virginia Tech shot and killed 32 people. Before that, Deedon had been a tactical operator in a SWAT team and also took part in a US mission to Afghanistan in which he trained local law enforcement to respond to terrorist attacks.

But after realizing that these mass shootings wouldn't stop happening soon, he decided to offer training in schools, churches and office buildings — just like many other companies do across the US. After a shooting, such as the recent massacre in Parkland, Florida, where a young student killed 17 classmates and teachers, companies like Deedon's see an immediate uptick in bookings. 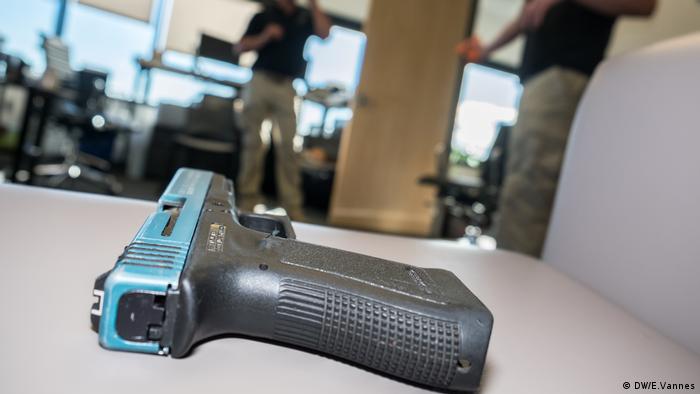 The fake guns used during the training course look real. Blanks are used

"We started training law enforcement first and later on private security," Deedon told DW. "When that wasn't enough, we decided to also train civilians to make sure [they know] what to do in an active-shooter situation. We just have to educate our general public on how to survive these shootings."

Back in the office in Denver, participants are instructed to lock themselves in a room and use furniture to block the doors. Filing cabinets, desks or a copy machine buy precious time. If all else fails, the next step is to be prepared to fight an active shooter with all possible means: By throwing staplers or books at the shooter when he enters the room and trying to overwhelm him or her with self-defense moves. The idea is that shooters do not generally expect resistance.

"They expect people screaming and general chaos," Deedon tells the women. "That's what gives them that feeling of power. When you attack, there'll be an element of surprise for you to knock the weapon out of their hands, thus limiting the amount of time the shooter can spend killing people before the police arrive." 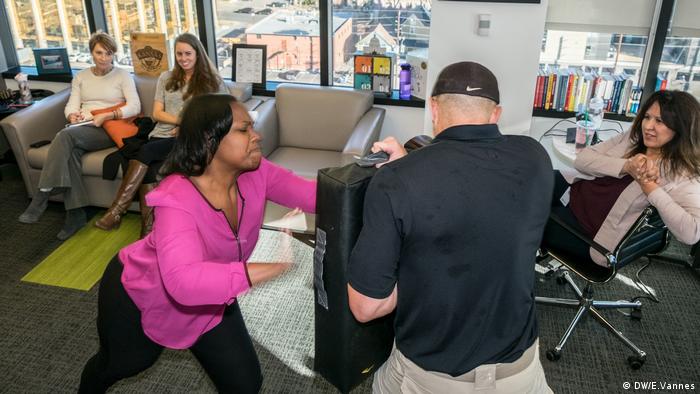 A huge responsibility to take on

Just a few miles from the office building, a shooting range called Bristlecone offers similar courses. In addition to training, the employees have to obtain a license to carry a concealed firearm. Racks of AR-15s line the walls and hand guns are displayed in glass casings on the counters. Against the backdrop of dull bangs emanating from behind the soundproof windows where customers are practising their shooting skills, owner Jacquelyn Clark explains why she believes the element of "fight" in the "run, hide, fight" concept can also be done with a firearm.

"I understand the argument of 'more guns bring more shootings.' But think about it: Almost all mass shootings happened in a place where you are not allowed to bring firearms. A concert in Las Vegas, a nightclub in Miami, Columbine High School." 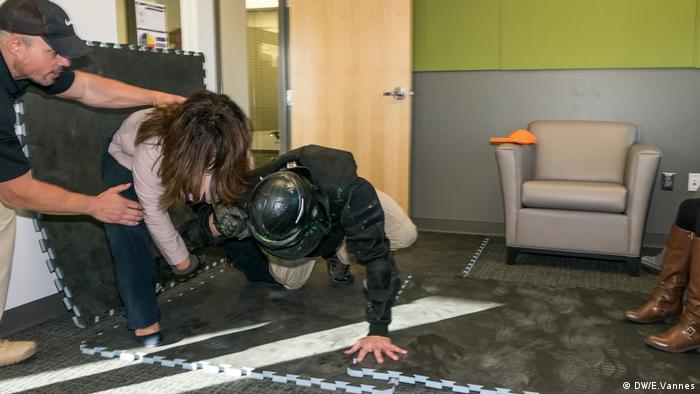 With guidance from trainer Joe Deedon, Antoinette Garcia manages to take down the shooter

Many Americans don't believe that stricter gun-control measures will prevent further shootings. Part of their reasoning is that gun control will ensure that only the bad people have guns.

But Clark says she's had customers who signed up for her concealed-weapons training and ultimately decided against always carrying a firearm, because they realized that they could become a target themselves — not just for the active shooter, who will try to shoot them first, but also for the police who might mistake them for a potential perpertrator. And even assuming that they manage to get a shot off before the shooter opens fire, they could miss and hurt someone else.

"That's a lot of responsibility to take on," says Clark.

After 17 of their classmates and coaches were killed, the teens at Marjory Stoneman Douglas High School are making their voices heard. They want politicians to finally start taking action. (18.02.2018)