A corruption trial against oil giants Shell and Eni and Nigeria's ex-oil minister Dan Etete is getting started in Milan. The case deals with alleged bribes valuing millions, and the Italian trial is not the only one. 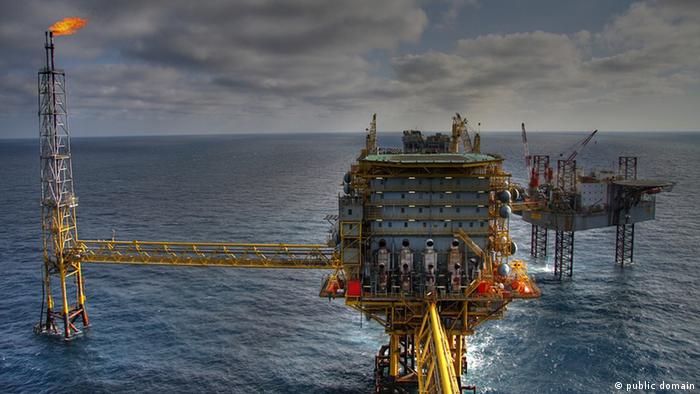 Starting Monday, the Italian city of Milan will be the scene of a month-long trial that deals with corruption allegations in the oil industry.

The Milan public prosecutor's office accuses the Italian oil firm Eni and the British-Dutch oil company Shell of having paid millions of dollars in bribes in order to acquire a lucrative oil exploration and drilling license in Nigeria.

Now 15 defendants are facing trial. Most of them are former employees of the two companies but Nigeria's ex-Minister of Petroleum, Dan Etete, will also be tried.

Milan is not the only place where court proceedings are taking place. The second trial for the oil giants is the Federal Court of Justice in Nigeria's commercial capital, Lagos, where rights group Human & Environmental Development Agenda (HEDA) is challenging the oil companies. HEDA wants Shell and Eni to lose their licenses for oil production in Nigeria, Africa's largest crude oil producer.

Both cases emanate from events in 2011 when Shell and Eni reportedly transferred $1.3 billion (€1 billion) into a Nigerian government bank account. The two companies wanted to secure the rights to an oil field called OPL245, which according to estimates by the oil companies was worth $3 billion. However, the majority of the payments did not end up in the Nigerian treasury but went to a company called Malabu Oil & Gas, which was controlled by the former oil minister Etete.

The accusations are that $520 million of the purchase price was converted into cash and paid to politicians as bribes. Former Nigerian President Goodluck Jonathan also allegedy profited from the cash. Only $210 million are said to have reached Nigeria's treasury.

The Nigerian government already declared in a lawsuit in England that the 2011 purchase of the production license for the huge oil field was unlawful.

Etete, the man behind Malabu Oil & Gas, was oil minister under Nigeria's former dictator Sani Abacha in the 1990s. In this function, he allegedly acquired the oil mining license for OPL245 in 1998 and transferred it to his company. In 2007, Etete was convicted of illegal financial transactions in France. Though he is also supposed to stand trial in Milan, HEDA's spokesperson, Lanre Suraju, stated that Etete has disappeared.

HEDA wants the trial to put more pressure on the Nigerian government to take action against the accused oil companies.

"We want to reveal the players in the notorious Malabu scandal, in which laws and guidelines were broken and ignored," Suraju told DW in an interview. He is optimistic that he can win the process and set a precedent. After a hearing, the court in Lagos set June 13 as the day when the trial should begin.

No admission of guilt

In Milan, the Italian prosecutor accuses Eni's Managing Director, Claudio Descalzi, and managers of both oil companies of having known that most of the $1.3 billion would be dished out as bribes. 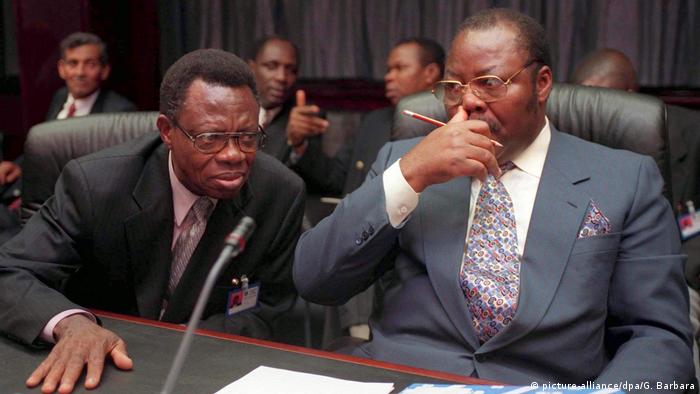 The accused oil companies continue to deny any wrongdoing. Independent investigations have shown no misappropriation, Eni said, and the firms maintain that all payments had only been made to the government. "Eni has not made any agreements with Malabu," Roberto Albini, press spokesperson for the Italian oil company, told DW.

Shell Group's position does not differ from Eni's: "We believe that there is no basis for convicting Shell and its former employees," Anna Haslam, Shell's spokeswoman told DW. "If evidence ultimately shows that Malabu or others had made improper payments to former members of the government and received consideration for them, this would have happened without Shell's knowledge or instruction."

According to the British environmental organization Global Witness, Shell has already admitted to having done business with the convicted money launderer Dan Etete. Confidential e-mails from a former Shell employee were sent to the organization in April 2017 and Global Witness published the emails: "The emails we have published today show senior executives knew the massive payment for the oil block would go to Dan Etete — a convicted money launderer and former Nigerian oil minister," they said of the report's publication.

Confronted with the emails, Shell admitted to The New York Times that it had no choice but to deal with Etete and his Malabu Company— but the British oil giant argued that everything had been done legally. 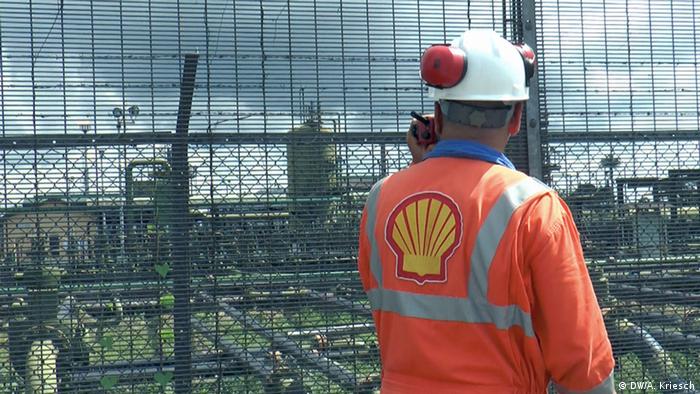 For Barnaby Pace, head of investigations at Global Witness, the Milan trial is unprecedented: "Never before have companies of this size been tried for corruption. Managers of other oil companies should be really worried that they could end up in prison for corrupt practices."

The trial also gives hope to the victims. "This [corrupt] deal with Shell and Eni cost the people of Nigeria a sum as high as its public health expenditure in 2017," Pace told DW in an interview. "One in ten children in the country dies before their fifth birthday."

According to Edward Kianagbo, a media personality in Port Harcourt, many Nigerians are angry and agree that corruption must be drastically fought and punished. "The oil wealth of the Niger Delta should benefit all Nigerians."

Muhammad Bello contributed to this article.