A man has died of his "catastrophic injuries" after being bitten by a shark. It is the first fatal shark attack off the coast of Sydney in decades. 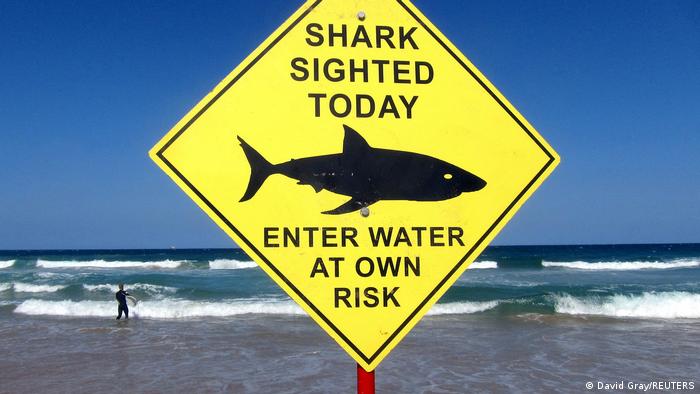 Australian police said they had retrieved human remains from the water after a shark attack off a Sydney beach on Wednesday.

The incident is the first such attack to claim a life off the city's coast in almost 60 years.

Witnesses told local media they had seen the attack on a swimmer off the eastern suburb beach of Little Bay.

One man who was fishing off nearby rocks told national broadcaster ABC he saw the victim, who was wearing a wetsuit, dragged underwater by the predator.

"When he went down there were so many splashes. It was terrible. I am shaking," he said, describing several seconds of the attack.

According to witnesses, the victim was attacked by a 4.5-meter (15-foot) great white shark.

"This person had suffered catastrophic injuries as a result of the attack and there was nothing paramedics could do when we arrived on scene,'' said New South Wales state Ambulance Inspector Lucky Phrachnanh.

Authorities in the local government area of Randwick closed down surrounding beaches for 24 hours while they patroled to assess the danger, with lifeguards patroling to look for sharks in the meantime.

"To lose someone in a shark attack like this is chilling," said Randwick Mayor Dylan Parker. "We are all in shock."

Police said they would work alongside state government officials responsible for the waters to investigate the circumstances of the fatality.

How common are shark attacks?

A database compiled by the Taronga Conservation Society said there were three fatal shark attacks in Australia last year, two of which were in New South Wales.

Until now, there had been no fatal shark attacks so far in 2022 in the state, the society's database showed.

Records show that the last death from a shark bite in Sydney was in 1963, when an individual who was bitten by a bull shark while "standing in the water" died.

New South Wales' state government has spent millions of dollars on technology in an effort to reduce shark attacks along its coast.

It has deployed nets at 51 beaches, as well as drones and shark listening stations. They are used to track white sharks by satellite and send alerts when one is sighted.

Worldwide, there were 11 shark-related fatalities in 2021, according to the International Shark Attack File, nine of which were assigned as unprovoked, meaning that the human had not initiated contact with the animal.