Shaman detained while walking across Russia to 'banish' Vladimir Putin

A self-styled "warrior-shaman" was detained by Russian police while walking across the country to Moscow, where he intended to "banish" Vladimir Putin. Authorities said they would fly him back to his home region. 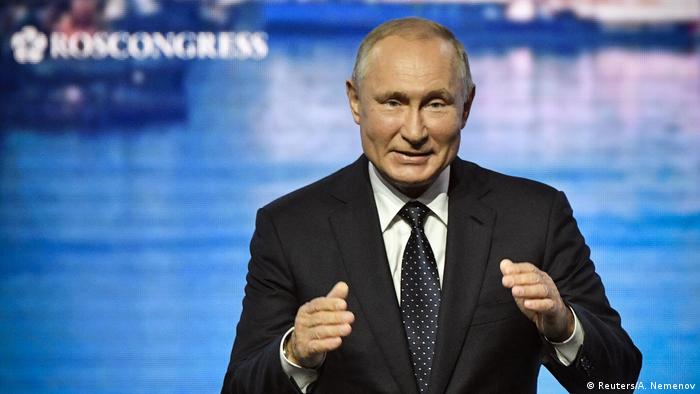 Some 40 masked police officers were reportedly deployed to seize a Putin opponent who had been trekking towards Moscow to "banish" the Russian president.

50-year-old Alexander Gabyshev described himself as a "warrior-shaman." He is a member of the Yakut ethnic minority, whose spiritual practices include both elements of Orthodox Christianity and shamanism. In March, Gabyshev headed out from his hometown in Russia's Sakha (Yakutia) state with the intent of walking some 8,000 kilometers (5,000 miles) west to the capital.

During his trip, Gabyshev referred to Putin as "the beast" and a "demon" and said an army of followers would gather along the way and force the Kremlin chief out of power.

He also said it was "foretold" that he would reach Moscow in 2021.

"I will have an army," he said in this week's interview with Russia's Znak news outlet. "Try and stop me."

On Thursday, police said Gabyshev was detained at a highway near Lake Baikal, in the eastern Siberian Republic of Buryatia, some 5,000 kilometers away from his goal.

"He was wanted for committing offenses on Yakutia territory," local police representatives told the Interfax news agency. They did not provide details of the alleged charges against him.

One of Gabyshev's followers, Dmitry Kryokov, said the arrest took place while the self-styled shaman and a small group of his supporters were camped out for the night.

"They arrested the shaman," Kryokov told Russia's Snob news outlet. "They woke him, wouldn't let him put his clothes on and took him away.

"We don't know where he is right now," he added.

Russian authorities said Gabyshev would be flown back to the city of Yakutsk, the capital of Sakha, a territory almost as large as India but home to just 1 million people.

In additional to his small cohort of loyal followers, Gabyshev drew a large online following during his journey. However, fellow shamans accused him of being a fraud upon his arrival in Buryatia, saying that a real shaman is never a warrior.

Ethnologist Anatoly Alexeev of Yakutsk State University concurs. "A real shaman does not go about declaring he is a shaman, he does not boast, he is calm and does not get involved in politics," he told DW.

According to political scientist Konstantin Kalachev, "shamanism is growing ever more popular in Siberia; shamans are liaisons between ghosts and humans."

"In Yakutia, the opinions of shamans are taken seriously, and authorities are doing the same — otherwise they would just laugh at [Gabyshev] or declare him psychologically ill," he added.

Nevertheless, Kalachev believes Gabyshev's arrest will do more harm than good: "The shaman will gain strength from these challenges, and the authorities are helping make him more known and powerful." That is why, he reasons, the arrest could prove counterproductive.

"There he is, the great Putin with his enormous approval rating," Navalny wrote on Twitter. "He was so afraid of the Yakut shaman that the man was detained by 20 people with machine guns." 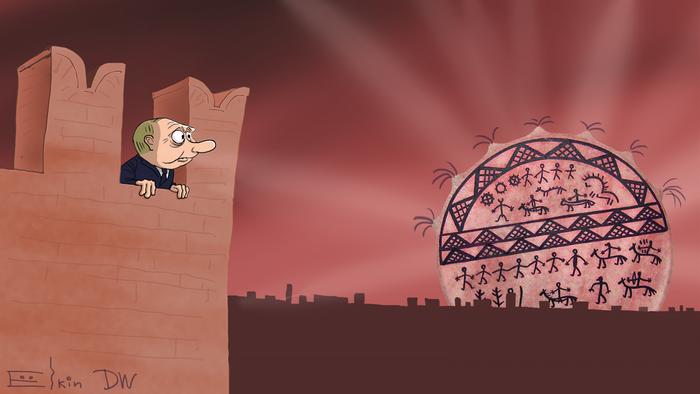