Three policemen have been killed and four injured in central Tunisia after suspected jihadists opened fire on them. In a separate incident, militants killed a police officer in clashes on the Algerian border. 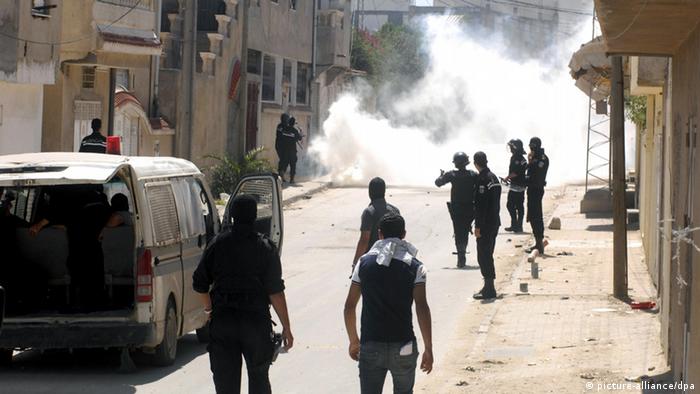 The policemen came under fire at two security checkpoints in Sini Bouzid province, according to a statement issued by the Tunisian Interior Ministry on Monday.

One suspected jihadist was killed and another wounded during the resulting shootout. Eight civilians were also injured, the ministry added.

"A national guardsman was martyred and four others wounded in Jendouba region on the border with Algeria during a shootout with a terrorist group," Mohamed Ali Aroui, a ministry spokesman, told the AFP news agency.

The "Islamic State" (IS) jihadist group claimed responsibility for killing 21 tourists and a policeman in an attack on Bardo museum in the capital in March.

Tunisia has seen an increase in Islamist extremism since the 2011 revolution that ousted Zine El Abidine Ben Ali and began the Arab Spring.