A 17-year-old reportedly shot his headmaster with a shotgun and injured two other students. The headmaster remained calm during the attack, trying to assuage the shooter. 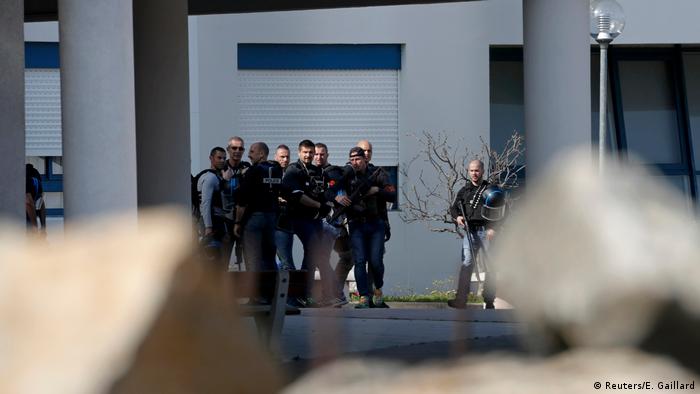 Police and local authorities said the headmaster was specifically targeted in the attack on Alexis de Tocqueville high school.

A second person was reportedly being held on Friday. A brother of a friend of the shooter is in custody, a source told the French news agency AFP.

"I heard a loud bang then two more sounds," a 16-year-old student only identified as Benjamin told regional daily "Nice Matin." "I turned and saw someone in the yard firing with a pump-action shotgun. He shot through the windows of the classroom which looks onto the yard. When I saw that, I ran." 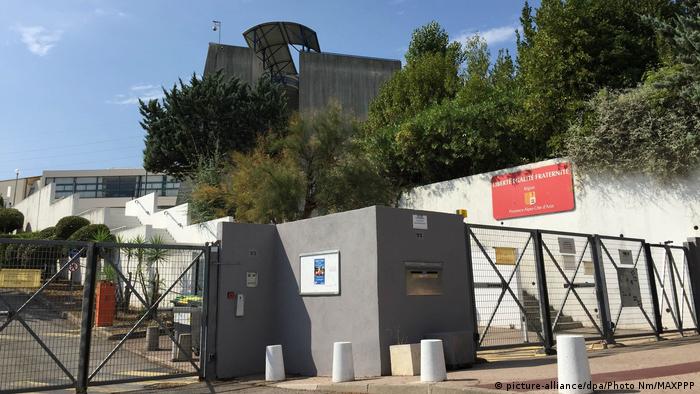 The high school is in the town of Grasse, which is known as the world's capital of perfume

Shot in the arm

French newspaper "Le Figaro" reported the student shot the headmaster in the arm with a shotgun, injuring two others. It reported security forces later defused an explosive device at the school.

Another student identified as Thomas told "Nice Matin" the headmaster remained calm, despite being shot, attempting to reason with the attacker. He said students' bags were normally checked at the entrance, postulating whether he smuggled the weapons in over a back fence.

Local official Christian Estrosi told AFP the shooting was "not at all" being seen as a terror attack. Estrosi, president of the regional council, said the assailant may have been suffering from "psychological problems."

French paper "Le Monde" reported the alleged perpetrator of the attack had shown interest in the 1999 Columbine school attack in his social media postings. Local officials told AFP that several students sought refuge in a nearby supermarket "which created panic and rumors of an attack."

"The other pupils have been asked to stay in the school and not panic," local officials said.

French broadcaster BFM showed residents gathered around the area, along with several police cars and emergency vehicles. Residents told The Associated Press that some students had been able to leave the school.

A nearby retail employee told AP police had asked residents to stay indoors. 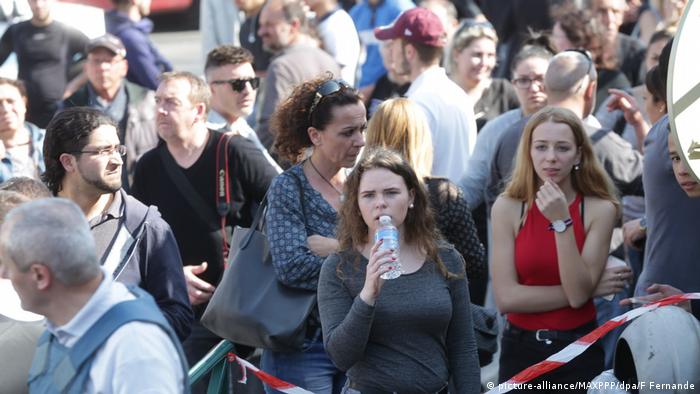 Worried parents and local residents gathered outside the school

All schools in the town, which is 40 kilometers (25 miles) west of the Riviera resort of Nice, were locked down, education authorities said.

Education official Emmanuel Ethis urged parents not to travel to the school, saying that "pupils are safe." The French government released an alert via smartphone in the wake of the shooting.

Interior Minister Bernard Cazeneuve cut short a trip to the northern Somme area due to the shooting as well a letter bomb blast at the offices of the International Monetary Fund in Paris on Thursday. 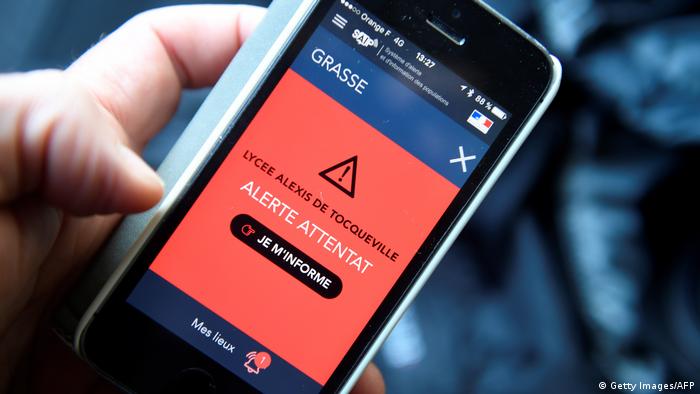 Authorities issued a smartphone alert relating to the attack, using a system released after the 2015 terror attacks

The education minister was also on her way to the school.

In 2012, an extremist from Toulouse, Mohamed Merah, shot dead three children and a teacher at a Jewish school in his city before being killed by police.

France is in a state of emergency following the deadly attacks in Paris in 2015 and last year in Nice, which is 40 kilometers (25 miles) south of Grasse, a town with a population of about 50,000. The coming weekend marks the fifth anniversary of school killings in Toulouse when an extremist killed three children and a teacher at a Jewish school before being killed by police.