Sergei Polunin, ballet and homophobia: How far can artists go? | Germany | News and in-depth reporting from Berlin and beyond | DW | 27.02.2019

Sergei Polunin, ballet and homophobia: How far can artists go?

Despite his homophobic statements, dancer Sergei Polunin has been allowed to continue performing at the Bavarian State Opera. Critics say the remarks are hurtful and damage ballet as a whole. 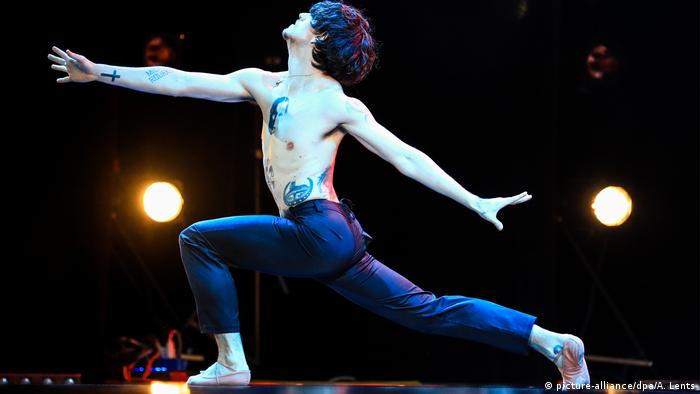 Tickets for the "Spartacus" ballet at the Bavarian State Opera in Munich are sold out, and the fact that well-known Ukrainian-born dancer Sergei Polunin is playing the titular part likely has something to do with it. But before he could perform at the prestigious theater, Polunin had to explain to the opera why he made a series of offensive posts on Instagram directed at gay dancers and overweight people.

The dancer told artistic director Nikolaus Bachler and ballet director Igor Zelensky that he wanted to provoke people to raise awareness about the dangers of obesity. He also distanced himself from homophobia and racism.

In Polunin's posts, which have since been deleted, he said men were growing soft and should be beaten. He demanded they behave like warriors or wolves, saying that they should protect their families. "Man up to all men…Man should be a man and woman should be a woman. Masculine and feminine energies creates balance," he wrote in December.

Read more: What is sport doing to combat homophobia?

In January, after learning about Polunin's offensive remarks, the Paris Opera terminated his contract. They said that Polunin's public statements were not in line with the opera's values. Though he has been asked multiple times, Polunin did not apologize for his Instagram posts, nor did he respond to a request for comment from DW.

The management of the State Ballet in Munich, on the other hand, apparently accepted Polunin's excuse. The audience seemed to accept it, too, as his performances have been well received. Although the German press reported on Polunin's offensive remarks, the story did not trigger a broader debate in the country. 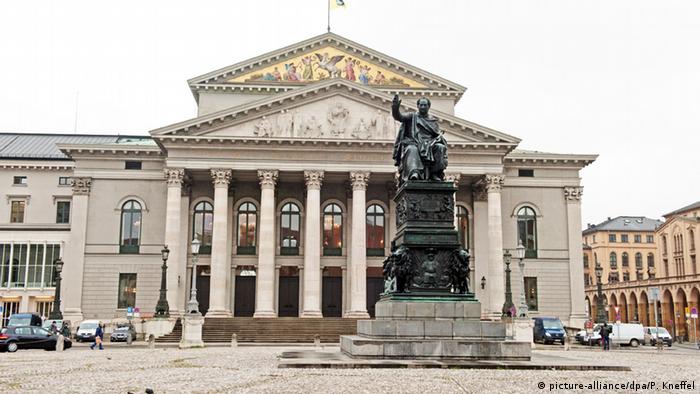 "To be honest, I am surprised," said Dorion Weickmann of the magazine tanz (dance). She believes that in Berlin or Stuttgart, the statements would have been cause for a scandal.

"We have freedom of expression, but we must not humiliate or insult others," Weickmann told DW, calling Polunin's remarks unacceptable. She pointed out that a few years earlier, ballet director Zelensky had helped Polunin to overcome his drug addiction, and she assumes that the renowned Russian dancer made it clear to his colleague that such statements should not be repeated on social media.

The Bavarian State Opera's decision to retain Polunin was met with cautious understanding among critics.

"I can understand Igor Zelensky to the extent that he didn't want to just drop his old friend," Gisela Sonnenburg, founder of Ballet-Journal, told DW.

She believes Polunin's actions are intended to garner media coverage. "He knows that he is turning many people against himself with such clumsy insults," Sonnenburg said. "But he is also at the center of a hurricane, which he likes because it means he is the center of attention."

However, Polunin may not be aware his statements harm ballet as a whole, she noted. "One-third of the ballet world is homosexual," Sonnenburg said. "And then someone comes along who says he is heterosexual and insults all gays. What is that?" 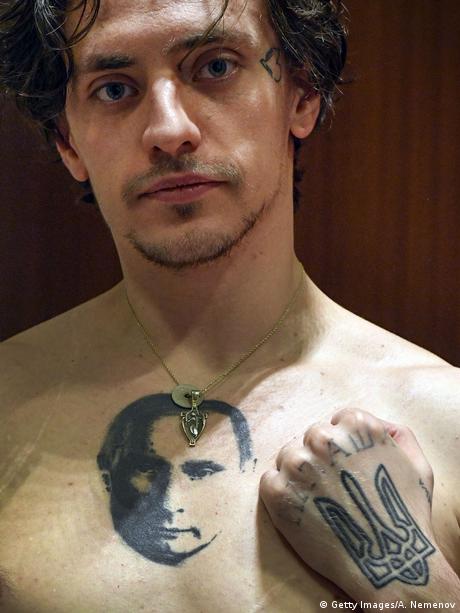 Polunin was born in Ukraine, but recently received Russian citizenship

The man with Putin on his chest

Philosopher and publicist Catherine Newmark told DW that there were two positions on Polunin. "One is that you find the attitude so offensive that you no longer tolerate the artist," she said. "The other is that you can look past an artist's attitude or political opinion as long as you like the art."

Newmark herself finds Polunin's opinion wrong and ugly. "But is that reason enough for me to completely reject a person if that person has a quality that seems very admirable to me?" she asked. "Grandpa says things we don't agree with all the time. And we don't get rid of Grandpa. There's a certain elasticity that we have toward people we know who say ill-considered things."

Read more: Choreographer John Neumeier: Creativity is a gift, but hard work too

Newmark also said, however, that protests by Ukrainian activists against Polunin's engagement in Germany should not be forgotten. The activists have demand that the opera in Munich distance itself from the dancer.

While Polunin was born in Ukraine, he was recently granted Russian citizenship and had a portrait of Russian President Vladimir Putin tattooed on his chest.

According to Newmark, the central question in the case of Polunin and other similar discussions is: Where is the line that artists must not cross? She believes that violent crime should definitely be perceived as a red line. At the same time, Newmark doubts that people will stop watching films produced by Harvey Weinstein because of the #MeToo movement.

Nevertheless, management at the Bavarian State Opera may have reached the end of its rope with Polunin. DW has learned from the opera that after "Spartacus" Polunin is not scheduled for any further engagements.

Russian exports that made it big abroad