Patriarch Irinej, 90, was diagnosed after attending another senior cleric's funeral earlier this month. The Serbian Orthodox Church has 12 million followers worldwide, most of whom live in the Balkans. 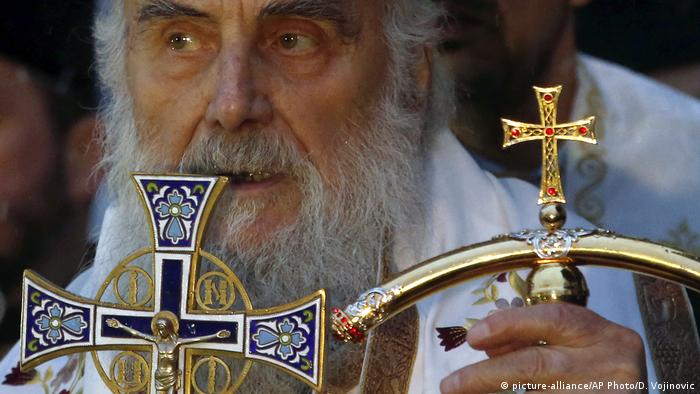 The head of the Serbian Orthodox Church has died after contracting coronavirus, the country's president, Aleksander Vucic, said on Friday.

Patriarch Irinej was admitted to hospital in Belgrade on November 4th. He tested positive after attending the funeral of another senior cleric.

The 90-year-old conservative became the 45th Patriarch of the Serbian Orthodox Church in 2010. 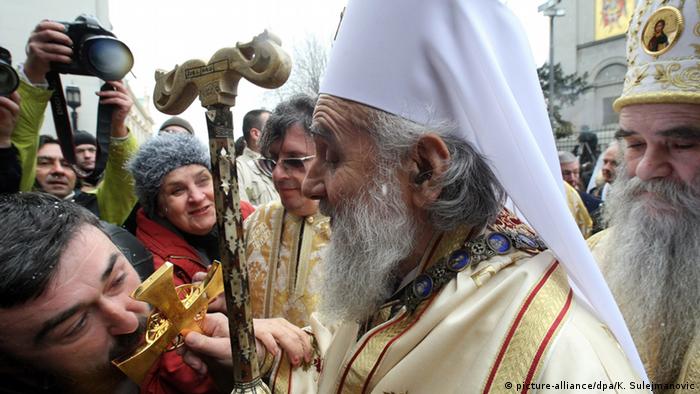 Irinej was named Serbia's most senior Orthodox cleric in 2010

Irinej argued that Serbia should only join the European Union "if the EU respects Serbian identity, culture and religion."

"If force is deployed" to deprive Serbia of its cultural and historical heritage, "we will do all we can to defend them, by peaceful means or by force," he said on state television in 2015.

Irinej was vocal with his anti-abortion views, and drew controversy in 2017 when he told local newspaper that it was "a woman's duty to give birth in order to regenerate the nation".

In 2014, Irinej condemned the Belgrade Pride, the annual LGBT march that often caused tensions in Serbia, denouncing it as "immoral" and "imposed by the homosexual lobby and their mentors from Western Europe".

He was also a stanch opponent of the unilateral declaration of independence in 2008 by Kosovo, Serbia's former province with a majority ethnic-Albanian population.

Many members of the Serbian Orthodox church see Kosovo as the medieval cradle of their faith where there are many important monasteries.

Irinej was one of the few Serbian church dignitaries who wanted to improve relations with the Roman Catholic Church. He said the two churches should overcome historic differences.

Bishop Grigorije: We were also called anti-Serbian while protesting Milosevic

The Serbian church is one of a group of autocephalous, or independent, churches that make up the Orthodox Christian faith.

The Orthodox Churches and the Vatican and the Roman Catholic Church split in the 11th century in an event called the Great Schism. Some signs of potential reconciliation have emerged in recent years.

The Serbian Orthodox church has 12 million followers worldwide, with the majority of them in the Balkans. There are also dioceses in the United States, Australia and Western Europe.