A man working for the Serbian arms company Krusik unleashed a scandal by leaking files he claims implicate the father of Serbia's interior minister in a corruption affair. The employee was arrested and called a "spy." 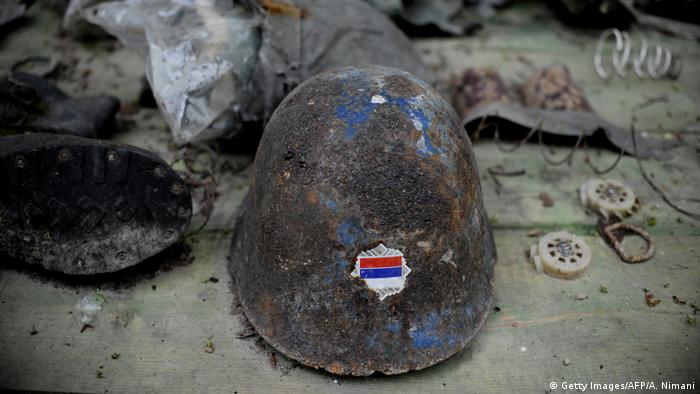 Serbia's government is fending off a scandal involving arms exports to Saudi Arabia, millions of euros of state money, and — according to independent media outlets — the father of Interior Minister Nebojsa Stefanovic.

Stefanovic is among the closest aides of Serbia's strongman Aleksandar Vucic.

Multiple leaks and reports — all of them fiercely denied by the government — have since indicated that Branko Stefanovic played a major role in the export firm. Internal documents also seem to show that Krusik sold GIM millions of dollars in weapons at surprisingly low prices. These weapons were then resold to foreign buyers.

Krusik employee Aleksandar Obradovic was eventually revealed to be the source of the leaks. Authorities have since arrested Obradovic on suspicion of exposing "trade secrets," and he remains under house arrest. 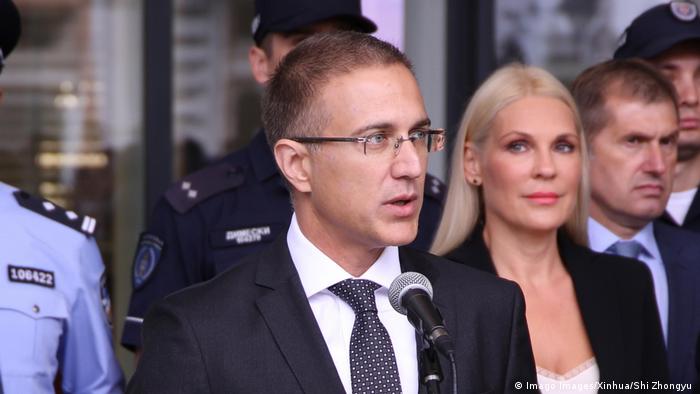 BIRN reporter Aleksandar Djordjevic described the Krusik affair as "the clearest and the strongest proof yet of corruption at the top of government."

"We can prove that the father of the interior minister, without any references or experience, is directly involved and directly takes part in the international arms trade," he told DW.

Djordjevic also cited information that GIM was buying weapons at below market price and selling above it.

"Why does Branko Stefanovic, a retired Telekom [Srbija] worker, has the option and privilege to participate in a very lucrative business and make money damaging a state company? Because he is the father of the police minister and because he is directly taking advantage of his own political power," Djordjevic told DW.

Previously, Krusik's ex-CEO and member of the ruling SNS party, Mladen Petkovic, denied that his company gave GIM preferential treatment. He said that prices vary based on the type of weapons and individual deals.

Where do weapons go?

Bulgaria-based Arms Watch also claimed that Krusik-made weapons ended up with jihadi fighters in Syria and Yemen, and were even being used by the Ukrainian forces against pro-Russian separatists. The reports on Ukraine carry a particular sting in Serbia, which is traditionally allied with Russia.

"The fact that Serbian weapons have been diverted to Syria has been reported many times by local journalists," Arms Watch chief Dilyana Gaytandzhieva told DW. "With the Krusik story it also recently became clear that weapons were diverted to Ukraine, although on paper they were sold to a company in Poland via Cyprus."

In response, the Serbian government pointed out that the weapons were sold to legitimate buyers, including Saudi Arabia, as "end users," and that the buyers did not have permission to resell the weapons. Last month, Vucic said that allegations about Serbia arming Ukrainians came through the "intelligence (services) sewer."

The Arms Watch website was temporarily brought down by so-called denial-of-service (DoS) attacks within two hours of publishing its Krusik research in September, Gaytandzhieva told DW. According to the website's hosting provider, the attacks came from Serbia, she added. In order to keep the website online, she was forced to activate DoS protection and make the article inaccessible from the country for several days.

The attackers knew that their activities would be traced and that visits from Serbia would be halted, Gaytandzhieva said.

"That was their aim to have my investigation not be visible and accessible in Serbia," she added.

Vucic has repeatedly dismissed accusations against the father of Interior Minister Stefanovic as a "made-up affair." He also called Krusik employee Obradovic a "fake whistleblower" and instead tried to focus on Obradovic's mother, a former Krusik manager.

Mockingly referring to her as "mommy," Vucic said the woman was involved in the sale of Krusik-made landmines to a Polish company. He also said that Serbian intelligence — without solid evidence — had warned their Russian counterparts the mines could end up in Ukraine despite being sold to Poland with a clause prohibiting their re-export.

Serbia's mainstream media, largely dominated by the government, also focused on Obradovic and his mother in their coverage of the Krusik scandal. Defense Minister Aleksandar Vulin dubbed the whistleblower a "spy."

Interior Minister Stefanovic has slammed the affair as a "big lie" intended to harm him and his family. He also repeatedly denied any connection between his father and GIM.

His statements seem to contradict the documents published by BIRN earlier this week. The outlet claimed Branko Stefanovic was a part of a GIM delegation that visited Saudi Arabia in 2018.

A visa application sent to the Saudi Embassy in Sarajevo lists Stefanovic as GIM's legal advisor, according to BIRN. The title "legal advisor" is also visible on the photo apparently showing his Saudi visa, published by BIRN.

Prosecutors in Serbia long remained silent in the face of the affair.  Last week, however, Serbian media reported that prosecutors for organized crime had contacted the country's intelligence agencies over the case. The military and civilian intelligence agencies were asked to gather information about claims of preferential treatment in Krusik weapons sales.

Just days after this news was published, several independent media outlets received a letter from a law firm threatening to sue them if they continued publishing Krusik "trade secrets."

BIRN reporter Djordjevic told DW that the letter will not influence their reporting "in any way."

"We believe it is in public interest to know what Krusik does and how — and also GIM," he said.