The heaviest rains and floods in 120 years have hit the Balkan states of Serbia and Bosnia, forcing hundreds out of their homes. There have been calls for international assistance. 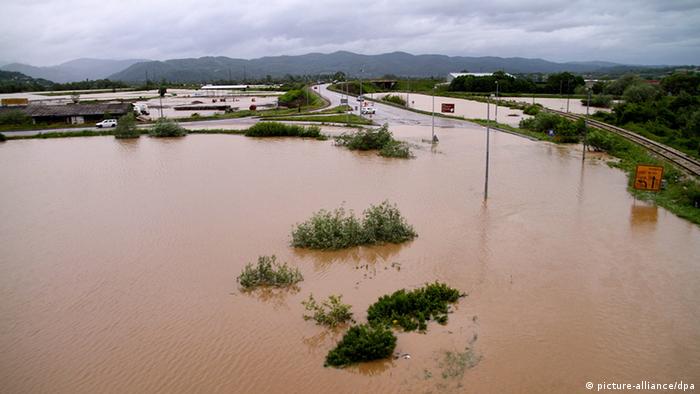 Five casualties, one a firefighter on a rescue mission, drowned as torrential rain forced hundreds of people out of their homes in Serbia. Some 100,000 households were left without electricity. Schools in the Serbian capital stayed closed on Friday.

Belgrade authorities said the average rainfall of a two-month period hit the city in just 40 hours. The government has asked the European Union and Russia for assistance.

"This is the worst natural catastrophe that has ever hit Serbia," Serbia's Prime Minister Aleksandar Vucic said while touring the flooded areas. Three thousand people were evacuated from their homes in the west and southwest of the country.

Some 100,000 households with an estimated 300,000 inhabitants, mostly in rural western Serbia, have been left without electricity as the country's sole power utility company EPS said it had halted two hydro-power plants due to high water levels on the Morava river.

Authorities declared a state of emergency in several parts of Bosnia, ordering the army to help out rescuers. Two towns in western Bosnia, Maglaj and Doboj, could be reached only by boats, as all the roads and streets were completely flooded. Most schools were closed.

Bosnian military helicopters evacuated hundreds of people while EU troops in Bosnia joined the effort with trucks and helicopters.