The US Senate has approved a bill to stop a series of tax hikes and spending cuts known as the "fiscal cliff" from going into effect. The House of Representatives is now deliberating the legislation. 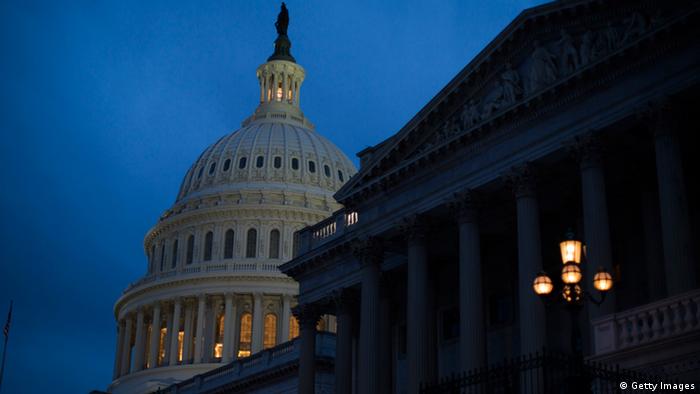 Less than two hours after the US had officially reached its borrowing limit of $16.4 trillion, US senators voted 89-8 in favor of legislation that would avert a series of dreaded tax increases and spending cuts that many feared could send the US into another recession.

The deal now faces approval from the House of Representatives where many Republican members have criticized the planned postponement of $109 billion in government budget cuts for two months.

Vice President Joe Biden had negotiated the bipartisan agreement with the top Republican in the Senate, Mitch McConnell, on Capitol Hill at the last minute on Monday.

The new deal is also expected to include an end to a temporary two percent cut to payroll taxes for Social Security retirement savings and Medicare health care programs for seniors. It is also expected to make changes to inheritance - raising the tax level on large estates to 40 percent, up from 35 percent.

Soft landing as US falls over ‘fiscal cliff’

The Senate has approved stop-gap legislation to block the impact of tax increases and spending cuts. The House of Representatives has yet to approve the vote. (01.01.2013)