War, earthquakes and climate change can destroy crops and seeds, leaving us vulnerable to hunger. The Global Crop Diversity Trust was set up ten years ago to keep the world's food supply safe. 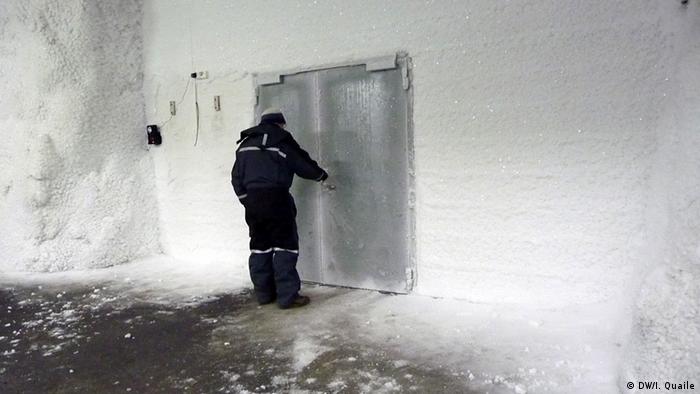 On the Arctic island of Svalbard in the Spitsbergen archipelago, 1500 kilometers from the North Pole, special deliveries are arriving this week. Twenty thousand new seed samples from around the world are being deposited in the Global Seed Vault.

Far below a mountain of permafrost, they will be secured for future generations. Here they are safe from war, earthquakes, tsunamis and other catastrophes. The "Doomsday Vault", as it is sometimes called, was set up on Svalbard six years ago. Some 800,000 different seed samples have since been brought north.

This week marks ten years since as the Global Crop Diversity Trust (GCDT), was opened.

"We need to conserve the diversity of the major crops, in order to be able to feed the world in the future. This diversity is really the building blocks for the future of agriculture. And agriculture is up for some major challenges," said Marie Haga, the Executive Director of GCDT, in an interview.

"We need to feed one billion more people in the next ten years and we have to do this in the midst of climate change." 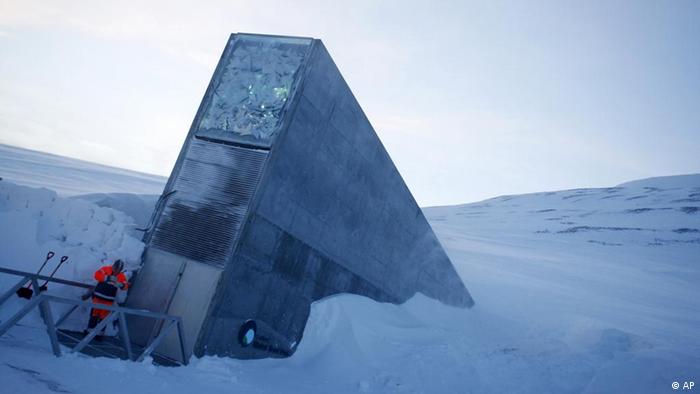 At the same time, many species of food crop are disappearing, she explained. "Since 1900, the US has lost 90% of the diversity of its fruit and vegetables in the fields. That is dramatic."

Haga said there are similar events being documented in European countries, including major food producing nations like Spain.

"In the 1970s, Spain had 400 varieties of melons in the fields. Today they have only 12. We we are losing diversity out there in farmers' fields because of the way we do agriculture," Haga said. "That's why it is so important that we conserve these seeds in seed banks around the world."

Haga believes that by saving seeds and preserving a diverse collection of plant genes, we will be prepared for the climate challenges of the future.

"The temperature is increasing globally. The weather is more unpredictable," she said. "We know we will not dramatically change the way we do agriculture over the next few years. And that means we are even more dependent on these seeds that are stored in plant gene banks around the world." 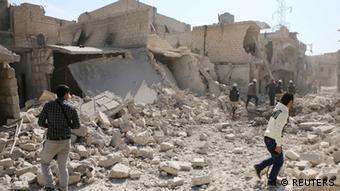 Will the seed bank in Aleppo survive Syria's civil war?

GCDT supports an international network of gene banks which collect seeds from their particular region. But in the event of war or natural disaster, these facilities may be vulnerable to damage.

But the Svalbard Seed vault is considered one of the safest seed storage sites in the world. "It is in permafrost and we know that will last for a long time even though the climate is changing," said Haga. "The seed vault is far above sea level. It is in a very stable part of the world. There are no earthquakes and it's a politically stable area."

As the conflict in Syria continues, the seed bank there is in danger. But, the same seeds are also stored at the site in Svalbard. "So if something happens to the gene bank in Syria, we know it is possible to retrieve the material on this island in the far north."

This week 20,000 new samples are arriving on the Arctic island to mark the seed banks's tenth anniversary, 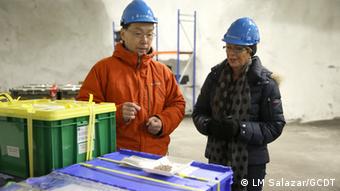 "For the first time we will get a substantial deposit of seeds from Japan, which is important. We know Japan has gone through terrible stresses with the tsunami and earthquakes."

So far, the "Doomsday Vault" has never been called on to release its underground treasures - but they are ready if the need should arise.

"There are lots of uncertainties around the globe, some man-made, some by natural disasters. In case something were to go terribly wrong, we know it's a very unique possibility to go to Svalbard and retrieve material lost out there in the real world."

A look back over the past 10 years

Climate change threatens many of the world's main food crops, which are designed for maximum yields under particular conditions. One group says the genetic variety of wild crops could help adapt them to the future. (22.12.2010)

More than half a million seeds have been put into a deep freeze in Norway to protect them from wars, climate change and unforeseen catastrophes. In its second year of operation, the vaults still have space. (29.07.2010)

The United Nations Food and Agriculture organisation is poised to officially open the "Global Seeds Vault".

Just 1,000 kilometres from North Pole a vault has been carved in the ice filled with samples of the world's most important seed aimed at safeguarding genetic heritage for future generations. (25.02.2008)