Searching for Wilders supporters in his hometown on election day | Europe | News and current affairs from around the continent | DW | 15.03.2017

Searching for Wilders supporters in his hometown on election day

Finding open supporters of Dutch populist Geert Wilders proved harder than expected in his hometown of Venlo. Although not everyone was a fan, Wilders' influence could still be heard. DW's Rebecca Staudenmaier reports. 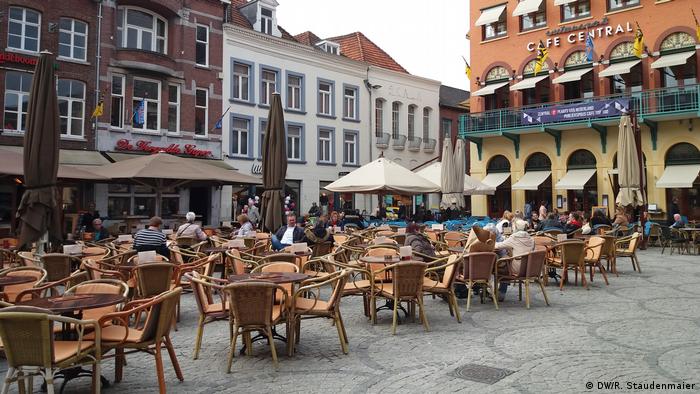 If you didn't know better, you would have thought that Wednesday was any old day in the Dutch city of Venlo, located near the German border. Workers repainted lamp posts, people drank coffee in the sunshine outside cafes and streets slowly filled with shoppers.

A man whistled to the tune of the street organ as he strolled into a polling station in Venlo's old, Renaissance-style city hall. If the city's residents were nervous about Wednesday's highly-watched parliamentary election, they certainly didn't show it.

Venlo is the birthplace of firebrand populist Geert Wilders - and a stronghold of support for his far-right Party for Freedom (PVV).

Outside the main train station, around the polling stations, in the streets downtown - there was nary a campaign poster to be found supporting Wilders or the PVV on Wednesday. Indeed, the PVV was only mentioned on a sticker telling people not to vote for the party.

But the support is there, especially in the southern state of Limburg, where Venlo is located.

In a scenario that is starting to feel familiar following the Brexit vote and US President Donald Trump's election, none of the voters in Venlo that I spoke with on Wednesday voiced support for their town's anti-Muslim politician.

The phenomenon of a "silent majority" may be at play - where voters do not explicitly voice their support, but check the ballot box nevertheless.

Silent majority or not, Wilders policies and attitudes towards foreigners have left an impression on the people of Venlo.

A young woman named Cindy said she is "afraid of Wilders" and believes he would be bad for Europe.

"His vision is so wrong," Cindy said. "But he's right about some people." 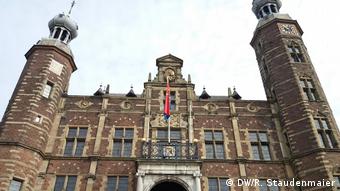 Parliamentary elections were held in the Netherlands on March 15

She noted the recent Turkish protests in Rotterdam by those who opposed government's decision to bar Turkish ministers from attending campaign events for their upcoming April referendum. She said that although it was a small group, the demonstration seemed to affirm Wilders' arguments.

Furthermore, when asked what issues were the most important for her, Cindy noted that healthcare and immigrants were her top concerns. She was worried about the "violence on the streets" in Venlo in areas where more immigrants live.

She criticized the government's current system, saying refugees receive money for education but aren't allowed to work for years. "Why don't you pay us?" Cindy asked. "For our children's school."

Turkey 'should leave us alone'

Outside a polling station in Venlo's new city hall, an older man named Albert said he thought that the center-right People's Party for Freedom and Democracy (VVD) would win the most seats at the end of the day.

He said that incumbent Prime Minister Mark Rutte did a better job in last night's debate than Wilders. He also said he didn't think Wilders would follow through on his promises (some of which include banning the Koran, closing all mosques, and pulling the Netherlands out of the EU). 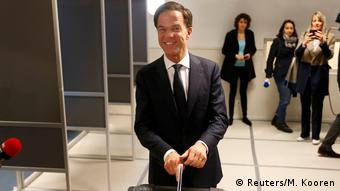 But when asked about the Dutch government's diplomatic spat with Turkey, Albert said he wanted "nothing to do with Turkey" and that the Turkish government "should leave us alone."

Albert's concern was for the next government to create more jobs and provide more care for the elderly.

'I think he shouts a lot'

Dorrie Besouw, a 32-year-old who works at an elementary school and also studies in Germany, told me that she hopes that Wilders won't become prime minister, but said it was difficult to say how the election will turn out.

"I think he shouts a lot and I don't agree with him," Besouw said. She also hopes that no matter what, the government "will learn to listen to the people" after the election.

An older man who declined to give his name but said he comes from a village near Venlo also said his only hope for the election is that Wilders won't come close to being prime minister.

Although no one I spoke with outright praised him, Wilders' influence could be heard in the concerns of Venlo voters. Only time and exit polls will show how the people of Venlo felt about the hometown politician where it mattered most - in the voting booth.

Dutch economic boom and the rise of populism

In the Netherlands, voters will elect a new parliament on Wednesday amid a growing economy and low unemployment. But rightwing populists are on the ascendant and could emerge as the leading political force. (13.03.2017)