A renowned Ethiopian paleoanthropologist has called the finding a "game changer." Scientists believe the finding could close the gap between the oldest human ancestors and the species famously represented by Lucy.

Scientists on Wednesday unveiled a "remarkably complete" skull of an early human dating back 3.8 million years. It is considered the first discovery of its kind.

"This skull is one of the most complete fossils of hominids more than 3 millions years old," said Ethiopian paleoanthropologist Yohannes Haile-Selassie of the Cleveland Museum of Natural History.

The skull "looks set to become another celebrated icon of human evolution," said Fred Spoor of the Natural History Museum of London.

"This is a game-changer in our understanding of human evolution during the Pilocene," added Haile-Selassie. The discovery was announced in two studies published in the science journal Nature on Wednesday. 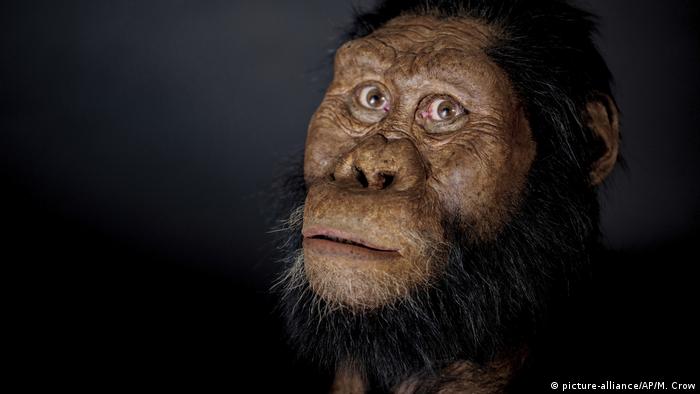 The skull is considered to be the oldest known member of Australopithecus, the grouping of creatures that preceded our own branch of the family tree, called Homo

Study co-author Stephane Melillo of the Leipzig-based Max Planck Institute for Evolutionary Anthropology said the fossil showcases the bridge between the species famously represented by Lucy and the oldest ancestors of modern humans.

The studies' authors also said the skull could be evidence that the two groups had co-existed.

But some scientists have dismissed that claim, such as Institute of Human Origins Director William Kimbel, saying there isn't sufficient evidence to prove that overlap between the two species occurred.

Read more: A crown or a bucket? When archaeologists make mistakes

Researchers have found fossils of a Cambrian Period predator that resembles the Millennium Falcon. The fossil find was a wealth of information about an important predator in a key time period of the evolution of life. (31.07.2019)

A long-lost cousin of Homo sapiens has been discovered in a cave in the Philippines. The previously unknown species makes our understanding of evolution "messier, more complicated and a whole lot more interesting." (11.04.2019)

The mighty Tyrannosaurus rex used to be very small, and evolved over 20 million years into a massive super predator. Scientists say that newly discovered fossils provide a missing link showing how the dinosaur evolved. (06.05.2019)