The discovery of billion-year-old fungi could fundamentally alter our understanding of how life began on land hundreds of millions of years ago. Researchers said the fungi may have coexisted with rudimentary animals. 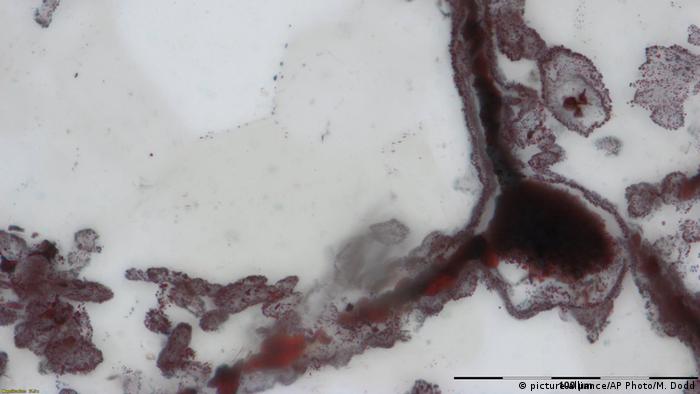 Researchers in Belgium unveiled their discovery of the world's oldest-known fungi on Wednesday. In findings published in the journal Nature, they detailed how the nearly billion-year-old microfossils of a globular spore with a T-shaped filament could reshape our understanding of how life evolved on land.

Scientists with the University of Liege said the fossilized fungus that they found in Canada and named Ourasphaira giraldae was a precursor to the vast group that today includes mushrooms, yeasts, and molds, and lived between 900 million and 1 billion years ago.

For decades, it was assumed that a 410-million-year-old fossil from Scotland was among the oldest fungi on the planet.

Corentin Loron, one of the researchers on the team, said that the find was so significant because in the "tree of life," fungi are part of a group called Eukaryotes, which includes both plants and animals.

"This means that if fungi are already present around 900-1,000 million years ago, so should animals have been," Loron told the French news agency AFP.

"This is reshaping our vision of the world because those groups are still present today. Therefore, this distant past, although very different from today, may have been much more 'modern' than we thought."

Fungi are one of the most numerous organisms on earth, and their biomass is six times heavier than the mass of all animals combined. The close evolutionary relationship between fungi and animals has led the Liege scientists to believe that some early forms of microscopic animal life may have existed at the same time as Ourasphaira giraldae. Currently, the oldest known fossil of early animals are 635 million years old.

Biodiversity is under threat from development and climate change. Yet much of the planet's biodiversity isn't even known to science yet. Conservationists still struggle to find out what's really out there. (22.05.2018)

Vultures, flies and bacteria - none of these organisms are particularly well-loved by humans. But they are essential to keeping our ecosystem healthy and clean by helping to get rid of dead animal and plant matter. (04.09.2017)

Fungi have given us beer, penicillin and soy sauce to name but a few items. But did you know these fascinating organisms also allow plants to send each other nutrients and warnings through a kind of 'social network?' (27.11.2017)