Fossilized footprints in New Mexico tell a tale of pursuit, misdirection and evasion between ancient humans and the strong giant sloth. The rare find could shed light on how man hunted prey — possibly to extinction. 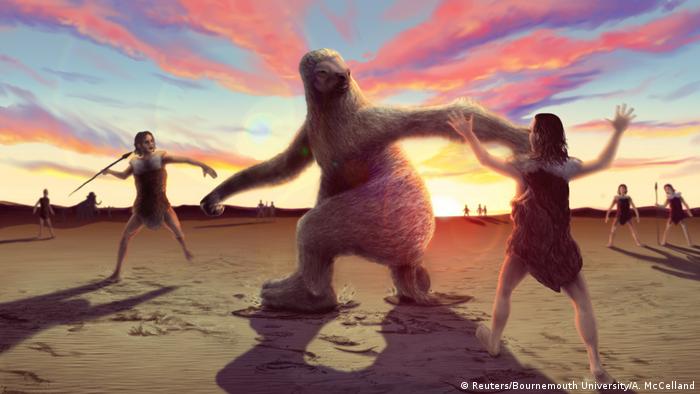 Standing over 2 meters (6.5 feet) tall with forelegs tipped with claws, giant sloths were formidable adversaries for our prehistoric ancestors. Yet scientific consensus has held that the animal was over-hunted into extinction by humans around 11,000 years ago.

Now researchers have uncovered fossilized evidence showing how ancient humans would have pursued and taken down a giant sloth. The team of American and British scientists published their findings on Wednesday in the journal Science Advances.

In the article, the researchers present fossilized footprints of both sloth and man that had been found in the salt flats of White Sands National Monument in the southwest American state of New Mexico. The "extremely rare" traces reveal that humans walked in the exact footprints of the giant sloth before confronting it and, perhaps, hurling spears at it to try and hit a vulnerable area like the heart or neck.

"The sloth trackways show evidence of evasion and defensive behavior," the scientists wrote. "Behavioral inferences from these trackways indicate prey selection and suggest that humans were harassing, stalking, and/or hunting the now-extinct giant ground sloth."

Matthew Bennett, one of the article's co-authors and a professor at Britain's Bournemouth University, explained what information could be inferred from the fossilized footprints:

He compared the tracks to reading a story and said humans would work together as a group to try and kill the giant animal.

"While it was being distracted and turning, somebody else would come across and try and deliver the killer blow. It's an interesting story and it's all written in the footprints," he told Reuters news agency.

The researchers examined more than 100 sloth and human tracks. In addition to the footprints that show the humans following the sloth to launch the final fatal attack, the scientists said more human tracks located at a distance revealed that a separate team worked to misdirect and distract the sloth.

A key piece of evidence for the researchers was the presence of "failing circles," which indicate that the sloth rose up on its hind legs to try and fend off its attackers. When no human tracks are evident, the sloth walked in a straight line, but where human tracks can be found, the sloth's prints show sudden changes in direction and evasion.

"The anatomy of sloths was not made for speed but for strength," co-author Sally Reynolds, also of Bournemouth University, said to EFE news agency. 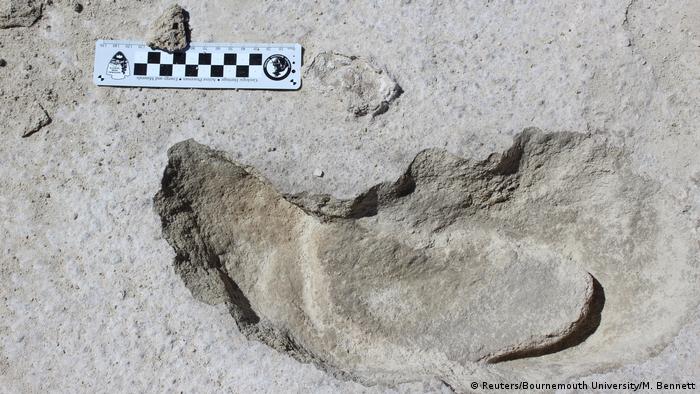 The fossils in New Mexico were found around 10 years ago and were able to be preserved thanks to new 3-D modeling techniques that create an ultraprecise computer rendering. The date of their creation remains unclear.

The researchers believe their find could help shed light on other relationships between early man and now-extinct ancient animals.

"This geological archive has the potential to revolutionize understanding of the behavioral ecology and interaction of humans and megafauna," the researchers wrote in their study.

"During a time of climate change, predation (successful or not) may have contributed to the sloth's extinction in North America," they added.