A German physics professor and colleagues use data from two decades of Bundesliga championships to predict this year's likely winner. Andreas Heuer of the University of Munster explains. 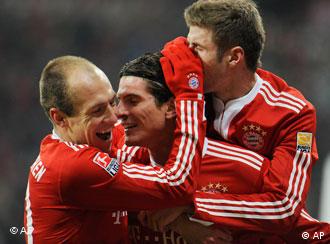 As the second half of the Bundesliga season is underway, many people are trying to guess who will come out on top. This is not always easy. In addition to the players' skill, chance is also involved. Several researchers around the world have attempted to successfully predict how much influence luck will have on a game or season.

Physics professor Andreas Heuer of the University of Munster studied 20 years of Bundesliga history and has come up with a new formula for determining how much of a chance any team has of winning the Bundesliega championship. The crucial part of the research, he said, is to find the systematic effects hidden behind these random aspects we recognize as luck. According to his findings, there is currently a probability of roughly 55 percent that Bayern Munich will become the champion. 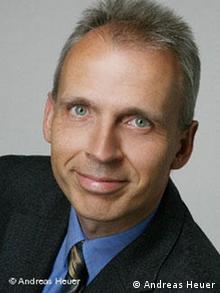 Deutsche Welle: So what are these effects, I mean, you're basically talking about luck?

Well, let's say per match there is something like 95 percent luck, however, this five percent on average makes a difference between a good team and a bad team within a whole season. Of course finally good teams will really become the champions, and this means in the long run the luck will finally cancel or average out, and what remains is, of course, to a large degree the quality of the individual teams.

Last year's winner was Wolfsburg, did you look and see whether or not your calculations would have forecasted that they would come out on top?

The only thing we can do is, of course, to come up with probabilities. After the first part of the series where Wolfsburg was still in the middle of the league table, it turned out that Wolfsburg had a very positive goal difference. And one result of our statistical analysis was that the goal difference is a good indicator for a good team. Therefore, it was clear that Wolfsburg is better than what the league table would say. Of course that they finally became a champion, this was a surprise. However, it was not totally unlikely.

We are relying on the last three years plus what is going on in the present. At the beginning of the year we predicted that Bayern Munich would become the champion, which is not so surprising based on the history. However, it's an estimate. It's not always what is expected, and sometimes surprises can happen, which of course, in terms of probabilities, are related to small but none zero numbers."

Now 55 percent doesn't sound very good to me personally, I'm not sure that I would go out and bet any money, but I guess you have to put it in context with all of these teams. Is 55 percent actually good odds?

I think it's difficult to answer this question, because you can bet on matches where there's a really strong favorite, and of course for these matches, you can be quite sure to win. However, there also will be very poor results so on average you don't win much. So what I can say is, during a couple of years we compared our predictions with the odds of ODDSET [Editor's Note: ODDSET is a state sports lottery] and it turned out that the predictions we made were superior to those of ODDSET, based on our modelling. Of course this doesn't mean you really make money, because of course, it's not just the question of the odds but also the question of the money which these companies really want and have to make.

* This reasearch is not meant to be used for the purpose gambling on Bundesliga results. Deutsche Welle or the research parties involved are not responsible for money lost in gambles made based on these findings.

The title race is wide open, and most German clubs are in good financial shape. But team bosses are reluctant to spend. Deutsche Welle's Jefferson Chase says it's time to end the austerity and go after some big names. (25.01.2010)

As Bundesliga re-starts, tussles at top and bottom mean plenty of drama

German soccer's winter break is over - hostilities resumed last weekend. With the race for the title and top-flight survival still wide open, Bundesliga fans are bracing themselves for an action-packed second half. (14.01.2010)

Bayern Munich's 3-2 defeat of Werder Bremen bring them back to the top of the Bundesliga, but closely trailing Bayer Leverkusen have a chance at first place in their Sunday game against Hoffenheim. (23.01.2010)