Schröder to Attack Hedge Funds at Summit | Europe | News and current affairs from around the continent | DW | 04.07.2005

German Chancellor Gerhard Schröder, facing a likely battle for re-election this fall, has seized on fears of globalization by calling for pressure on international hedge funds, in face of reservations by Washington. 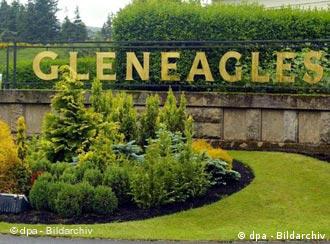 The agenda is long for the Scottish G8 summit

On a visit to the US capital last month, Schröder renewed his pledge to take up the issue of establishing a unified set of minimum international standards for speculative hedge funds with his fellow leaders at the meeting July 6-8 in Gleneagles, Scotland.

The aim is to "better improve the market transparency of hedge funds" in what is now a largely unregulated market. We need stable financial markets," Schröder told his audience at the US Chamber of Commerce, echoing a call to his party, the Social Democrats. "To achieve that, we need effective supervision worldwide."

At present, hedge funds are subject to very little direct regulation, since most of them are headquartered in offshore financial havens. Critics have lately argued that such instruments were partly responsible for repeated surges in oil prices that have been seen as endangering the global economy. 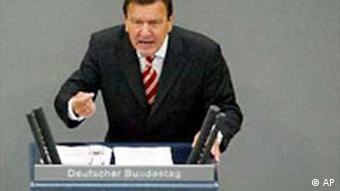 Schröder is determined to see the issue addressed in Gleneagles, and his spokesman said that if the British, who are hosting the summit, fail to put it on the agenda, the chancellor will do it himself.

But the US administration has been cool to the idea.

During a visit to the German business capital Frankfurt in mid-June, US Treasury Secretary John Snow assured that Washington wanted to monitor the "evolution" of hedge funds but he called for a "light touch" in regulating them to avoid stifling investment.

Beyond its economic reasoning, Schröder's proposal is also intended to resonate with German voters who feel that the power of global capital is largely unchecked in their otherwise highly regulated economy.

Schröder is seeking early elections this year to reaffirm his center-left government amid record lows in support for his party and a bitter series of state poll defeats.

Against this backdrop, the traditionally centrist Schröder and his party have stepped up the anti-capitalist rhetoric against the backdrop of painful reforms to the social welfare system. The bid is aimed at appealing to pessimistic voters while Germany struggles to get five million unemployed back to work and the economy to abandon its plans to take over the London Stock Exchange. 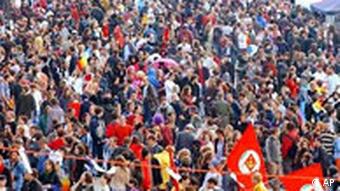 Pandering to fears of globalization?

Around 8,500 such funds are estimated to be operating around the world, managing a total of around one trillion dollars in assets. They have been allegedly responsible for wild stock swings in some companies, while in the United States some have been suspected of participating in large-scale stock fraud.

But Schröder's latest crusade marks a turnabout, after he authorized the funds to operate in Germany in 2004.

The Year of the Locust

A senior politician sparked the current debate on capitalism in Germany by comparing foreign investors to a plague of locusts. But some say the use of such populist rhetoric masks a deep-seated aversion to capitalism. (May 20, 2005)

Leaders of the wealthiest countries gather in Scotland this week and Britain's Tony Blair has put debt relief high on the program. German Chancellor Gerhard Schröder is bringing along a few other topics as well. (July 4, 2005)

Read about the latest developments in this collection of DW-WORLD articles on the German election likely to be held in September.