Schnitzel heist in German prison blamed on inmates | Germany | News and in-depth reporting from Berlin and beyond | DW | 26.10.2017

Four inmates have been accused of stealing pork from a prison kitchen and storing the meat in freezers in their cells. No one is sure what the prisoners might have planned with just over 100 pounds of pork. 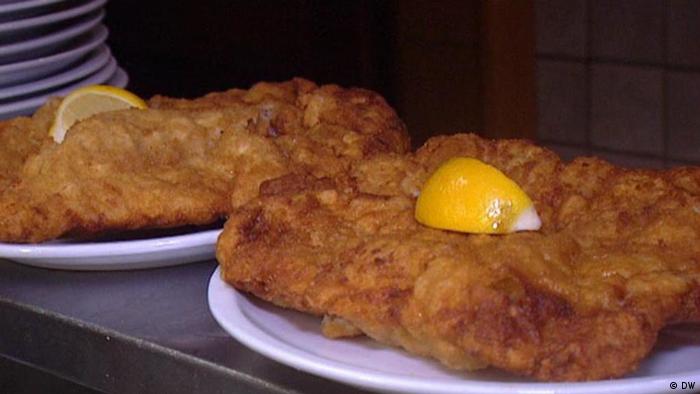 Who wouldn't commit a crime to get their hands on a good schnitzel?

The four men, aged between 42 and 56, have been charged with stealing 46 kilograms (101 pounds) of pork from the kitchen of the maximum-security prison in Celle, Germany, where they're doing time. They are said to have taken the meat in small portions, turned it into sausages and schnitzels and stored the delicacies in freezers in their cells.

The convicted felons are thought to have pulled off the meaty theft with help from prison staff: the fifth man on trial is the prison kitchen's head chef. Their trial started on Thursday.

"Four defendants are on trial for misappropriation of meat and meat products and one is on trial for aiding and abetting," a Celle district court spokesman told DW. "The court scheduled three days for the trial."

If the men are convicted, they could be hit with a fine or with additional prison time of up to three years.

The motive for the illegal schnitzel-making is still unclear. Unlike cigarettes, for example, schnitzels and bratwursts are not known as currency among prison inmates. There's also no information available about the quality of the regular cafeteria food at Celle maximum-security prison.

Curious observers will have to wait for the trial to continue to find out whether the inmates wanted to trade the meat products for other contraband, sell them via a contact on the outside or just craved decent schnitzels and did something about it.

The men are believed to have been stealing iPhones from moving trucks on highways in the Netherlands and other European countries for several years. The group could be involved in as many as 17 such heists. (31.07.2017)

The bank manager and another employee in the northern city of Hanover admitted robbing their own bank. The two used the loot to buy sports cars, a court was told. (02.05.2017)