Klaas-Jan Huntelaar returned to the Schalke team to fire an injury-hit Royal Blues to a well-earned draw against Chelsea. Bayern, meanwhile, took all three points against Manchester City with an injury-time winner. 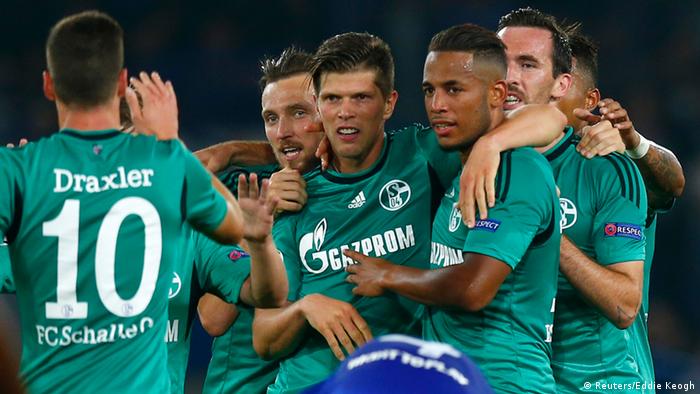 Klaas-Jan Huntelaar returned to the Schalke team to fire an injury-hit Royal Blues to a well-earned draw against Chelsea. Bayern Munich, meanwhile, took all three points against Manchester City with an injury-time winner from Jerome Boateng.

In London, Schalke coach Jens Keller was forced to throw central-midfielder Roman Neustädter back to central defence to plug a gargantuan hole at the back. Missing were captain Benedikt Höwedes, Felipe Santana, Jöel Matip, Jan Kirchhoff and Sead Kolasinac.

Neustädter, who turned out to play especially well, was joined by 19-year-old Kaan Ayhan who has been slowly cementing a role in the team at right full-back.

It was simply the best Keller could put together - and it was clear that Schalke's strengths lay in the transition to attack. However, it was Chelsea that drew first blood with the Germans calling for a foul against Cesc Fabregas who dispossessed Max Meyer before finding the space underneath the outstretched Ralf Fährmann.

Fährmann was on hand to bail Schalke out on several occasions and a Julian Draxler-inspired break leveled the scores in the 62nd minute. The 20-year-old German midfielder burst clear after brushing Fabregas off-the-ball, playing in Huntelaar and the Dutchman sniffed out the space to smash a shot into the bottom corner.

Moments later, Draxler stung the palms of Chelsea keeper Thibaut Courtois from 25 yards out. But in the final quarter of an hour, the Royal Blues were under the cosh. They can thank midfielder Neustädter for his last-ditch headed clearance to prevent Diego Costa scoring in the 76th minute.

Then, Eden Hazard, a relentless threat with his pace on the left-wing, smashed a volley over the crossbar from close range, minutes before goalie Fährmann dived superbly to keep the Belgian attacker out with a neat toe-poke finish. The relief on Keller's face was clear for all to see at the full-time whistle. 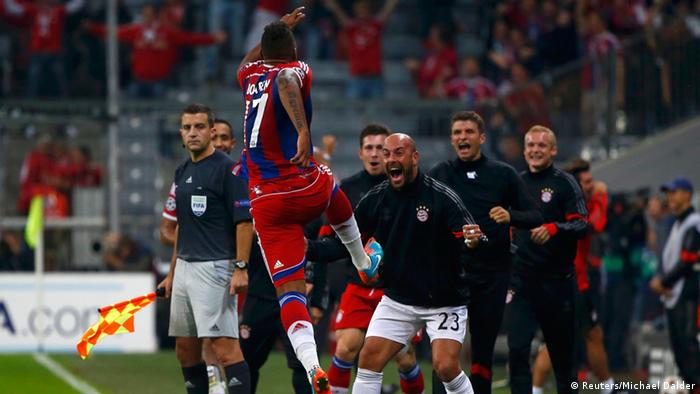 Elsewhere, Bayern narrowly sneaked past the English champions after City had won 3-2 in the same round of the competition last season.

City barely had time to get a feel for the Allianz Arena pitch before Thomas Müller came close to breaking the deadlock, 45 seconds in. Mario Götze was left unchallenged, as he clipped the ball through for Müller, but the German was denied by City goalie Joe Hart.

Hart had Müller's efforts covered later in the half, while also tipping over from Robert Lewandowski in the 21st minute.

With some devastating firepower, City were never too far away from Bayern's mind. In the 22nd minute, Edin Dzeko held the ball up well before then curling within inches of Manuel Neuer's post.

It continued to be Hart versus Bayern - the Englishman denying David Alaba from scoring on two occasions in quick succession.

Bayern threw everything but the kitchen sink in the final minutes - and found cracks in the Manchester City rearguard with Boateng asking the sternest questions of Hart.

The former City defender smashed a long-range shot in the final minutes to ramp up the tempo, as the game drew to a close. But Boateng would be the man to unlock the door and hand Bayern the first three points of their Champions League campaign.

Pulling away from his marker in stoppage time, the German defender finished like a centre-forward, volleying across Hart and into the top corner.