Schäuble clings to ′black zero′ fetish in German budget | Germany | News and in-depth reporting from Berlin and beyond | DW | 06.07.2016

Finance Minister Schäuble has presented Germany with another balanced budget to cement his reputation for austerity. But, with the country in need of social investment and interest rates low, isn't it time to borrow? 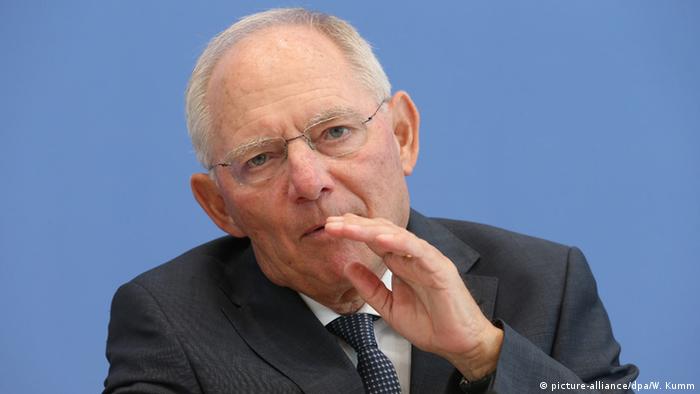 Of the many issues embedded in a national budget, one thing was always going to be clear when the German cabinet agreed its 2017-2020 finance plans on Wednesday: Wolfgang Schäuble was not going to give up his "schwarze Null."

The finance minister has staked his reputation to the "black zero." In 2014, Schäuble became the first finance minister to balance the German budget since 1969, and he has no intention of giving it up for the rest of his tenure, despite the many crises that Germany and Europe still face.

To that end, Schäuble resisted the German states' demands for extra billions to deal with last year's influx of refugees on the grounds that the states had actually received a bigger tax windfall than the federal government. And anyway, the perennially bullish veteran said on Wednesday, "some of their demands have little in common with serious estimates." His offer of 3 billion euros ($3.3 billion) - as opposed to the 9 billion euros that the states wanted - is unlikely to placate them. 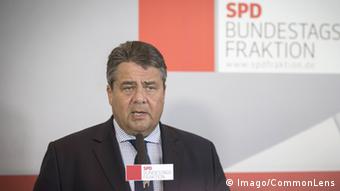 Nevertheless, Schäuble has freed up 19 billion euros of federal money to meet the challenges of integrating the new arrivals and fighting the oft-mentioned "causes of the refugee crisis." The security and defense budgets have also been raised, along with the education and housing budgets. And, despite the extra expenditures, the books are still balanced, though Schäuble has some leeway, not least because the government's tax revenue has been consistently booming.

There was predictable criticism of Schäuble's austerity drive. The leader of the biggest opposition party, the Left's Bernd Riexinger, advised that "you shouldn't be too in love with the black zero."

"What our children and grandchildren will miss are solid schools, apartments that are affordable and a good public infrastructure," Riexinger said in a statement.

And Riexinger had some backup from the business community: Eric Schweitzer, president of the Association of German Chambers of Commerce and Industry (DIHK), also said the government should consider spending more on infrastructure. "Growth and tax income only develop positively if companies in Germany remain competitive," he told the "Neue Osnabrücker Zeitung."

Social Democrats made sure to claim that whatever extra social investment there was in the budget was all their party's doing: "The SPD has asserted itself against the resistance of Finance Minister Schäuble and the [Christian Democratic] Union," an official statement read. "With an additional 5 billion euros, we are supporting social housing construction, reinforcing child care and investing in the integration and access to the job market of refugees and the long-term unemployed. ... This is mainly a success for [SPD leader] Sigmar Gabriel." 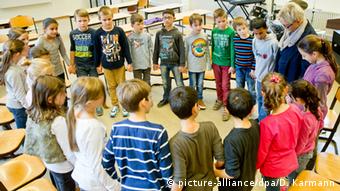 At Wednesday's press conference in Berlin, Schäuble boasted of his record since he took over his remit in 2009. "This finance policy is working out for people," he told reporters. His "solid and reliable" budget policy has contributed to economic development despite difficult circumstances.

The job market is healthy (unemployment is now at its lowest since Germany was unified in 1990), while wages and pensions have both increased. But his argument that all is well in Germany was undermined by the release of a new study on Wednesday that showed that child poverty, particularly in single-parent households, was still rising.

Schäuble also claimed that Germany's economic prospects would remain unaffected by Britain's vote to leave the European Union. This was very much a message directed at the SPD, who have used Brexit as a reason to apply more pressure for social investment. That would be the only way, Gabriel and European Parliament President Martin Schulz argued last week, to assuage the social dissatisfaction throughout Europe as exemplified by the British protest vote against Brussels: more education, more housing and a greater initiative against youth unemployment.

But Schäuble's dedication to austerity will not be shaken - even if, as many have pointed out, the current low interest rates mean that it could make sense to borrow money. He has shown as much with his iron-fisted demands on the Greek government and is likely to show it again in the negotiations with the UK government. However the numbers play out, he will make sure that the balance remains there. Perhaps it will be some comfort to the rest of Europe that he is as tough on his own country as he is on them.

The German cabinet has thrown its weight behind Finance Minister Wolfgang Schäuble's draft budget for next year and his financing plans up to 2020. The main message is no fresh borrowing will be needed. (06.07.2016)

German states have demanded additional funds from the federal government to cover the cost of refugee integration. The request comes ahead of a meeting at the Chancellery. (06.07.2016)

Europe needs fast and pragmatic moves to demonstrate a strong EU to citizens stunned by Brexit, Finance Minister Wolfgang Schäuble has said. He added that governments might need to override a sluggish Brussels. (03.07.2016)