Finance Minister Wolfgang Schäuble ignored an informant alerting him to wrongdoing at the German government's official printer for years, according to a press report. A former executive has been suspended. 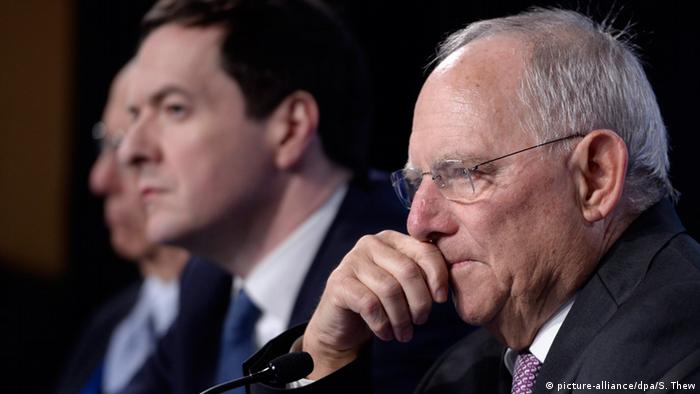 A Venezualan informant wrote personally to German Finance Minister Wolfgang Schäuble to inform him of bribery at the Federal Printing Office (Bundesdruckerei) - only to be rebuffed, "Der Spiegel" magazine has alleged.

Named only as Alberto P., the informant - who worked for the German government's official press as a freelance sales representative in Central America - wrote emails over several years offering information to both Schäuble and his state under secretary Werner Gatzer, the news magazine said in its latest edition.

"As I've written to you in earlier mails, I have in my possession over 30,000 mails and documents in this case," Alberto P. is quoted as writing in the email. "You could contact me. The door to dialogue is always open."

"Please don't say in future that you didn't do anything because you didn't know what happened," he added, according to the magazine. 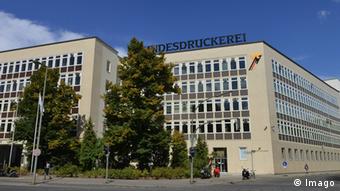 The Bundesdruckerei prints all German banknotes, passports, IDs, and other official documents

Threats instead of answers

It emerged earlier this month that the Bundesdruckerei was mentioned in the "Panama Papers." The information leaked from the law firm Mossack Fonseca showed that the Bundesdruckerei's then-director of international business, Jörg Baumgartl, had used Mossack Fonseca to create a shell company in Panama, called Billingsley Global Corporation, to handle dubious deals in Venezuela.

The shell company was likely used to keep certain contracts secret, or may even have channeled money for bribery to secure contracts. Baumgartl denies all wrongdoing.

The informant's accusations are not new. According to a "Der Spiegel" investigation from 2014, Alberto P. wrote to the printer's board of directors in 2012 and 2013 offering information on "illegal activities" related to the Venezuelan contracts.

In response, he got a letter from a lawyer on behalf of the Bundesdruckerei warning him not to write anymore. Alberto P.'s ensuing letters to the Finance Ministry, which is responsible for the Bundesdruckerei, remained unanswered.

There may have been good reason for this unresponsiveness at the time - the printer had declined to renew its contract with Alberto P. in 2011 and became involved in a legal dispute with him over a six-figure sum. But the Panama Papers revelations give credence to his allegations, and suggest that both the ministry and the printer ignored the chance to uncover the affair.

The Finance Ministry has continually insisted that it has done nothing wrong. In an emailed statement to DW, the ministry said it was "inaccurate" to suggest that it had not heeded warnings. "The company management and the supervisory board of the Bundesdruckerei has in the past few years carried out, or commissioned, several internal checks and compliance audits, as well as through an external law firm and an accountancy firm," the email said. "The Ministry of Finance was closely involved."

For its part, the Bundesdruckerei now says that it considers itself "a potentially aggrieved party" in the affair. 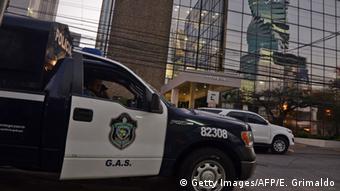 The Mossack Fonseca documents lend credence to the informant's allegations

"With the publication of the "Panama Papers," new information came to light about potentially unlawful acts by the employee formerly responsible for Bundesdruckerei's international business [Jörg Baumgartl]," a statement dated April 16 said. "These new documents give rise to suspicion that considerable efforts were made to deceive the company and its executives."

The printer also said that it had asked Baumgartl's current employer, an ID printing firm called Veridos that the Bundesdruckerei holds a minority stake in, to suspend him, which it did. It has also asked Berlin's state prosecutor to examine the documents "under criminal law." The prosecutor is yet to formally open an investigation on the matter.

The Panama revelations have raised questions about Schäuble's commitment to clamping down on tax havens - which he has frequently promised to do.

At an International Monetary Fund meeting in Washington last week, Schäuble presented a ten-point plan to fight legal tax evasion, which included the introduction of a "transparency register," forcing companies to declare their use of tax havens or face exclusion from doing business in Europe. But an internal document from European Union negotiations, leaked to "Der Spiegel," suggests that Germany had blocked the same idea in May last year.

While President Vladimir Putin is singing praises about his friend, the world's richest cellist, we haven't heard the last note on the Panama Papers yet. As Fiona Clark reports, conspiracy theories still abound. (15.04.2016)

Spain's industry minister has resigned after being tied to an offshore firm in the Panama Papers leak. The Popular Party member is the latest political victim from a widening scandal over global tax avoidance. (15.04.2016)