India’s Gir National Park is home to the world’s last Asiatic lions. The big cats need to be relocated to another habitat to ensure their safety. But, political wrangling is threatening their survival. 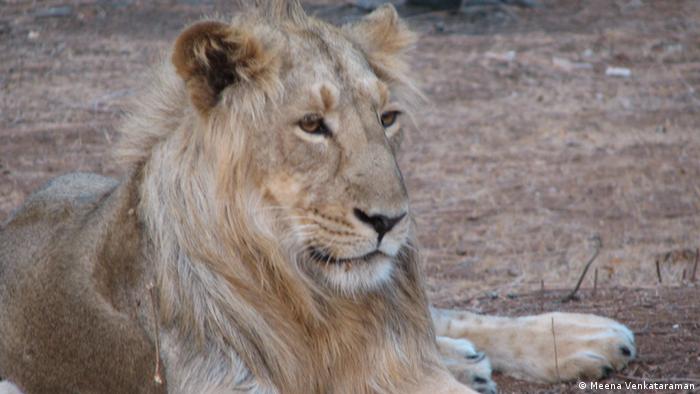 Deep in the thick Gir forests of western India, Meena Venkataraman’s work day used to begin even before the sun rose. “As soon as the forests echoed with the roaring of lions, I set off trying to track them,” the wildlife biologist remembers. “That was the most exciting part of my field research.”

For years, Venkataraman researched the behaviour of endemic lions in the Gir forest in India’s western state of Gujarat as part of her PhD. The Gir National Park is the world’s last refuge for the Asiatic lion. In addition to the magnificent beasts, it’s home to hundreds of leopards, hyenas and jackals. That makes it one of the richest spots in Asia for predatory animals.

The protected reserve stretches over an area of 1,412 square kilometers and has an impressive list of flora and fauna with over 500 plant and 2,375 animal species. That includes 38 mammal species, 300 bird species, 37 different varieties of reptiles and more than 2,000 types of insects. The last wildlife census showed the Gir forest is home to 411 Asiatic lions – the only ones remaining in the wild.

“Poaching the loss of habitat have led to a dramatic reduction of the lion population in the last centuries,” Venkataraman says. The International Union for the Conservation of Nature (IUCN) considers the Asiatic lion to be “severely endangered.”

Lions at risk across the world 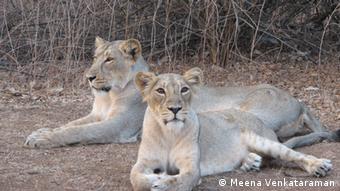 The Asiatic lion looks similar to its African counterpart, but it’s usually a bit smaller and has a less prominent mane. According to the IUCN, the Asiatic lion is more at risk than the African lion, but its numbers are currently considered to be relatively stable. In contrast, the lion population in West, East and Central Africa has dropped by more than half within 15 years. In West Africa alone, there are just 404 lions left.

Craig Packer, an expert on lions at the University of Minnesota in the US, is worried. “The only lion numbers in Africa that are still growing either live in fenced off reserves or are found in countries with an extremely low population density like Namibia or Botswana,“ Packer says.

“Asia first lost its lions because of its exploding population. And since Africa’s population is projected to grow fourfold by the end of this century, protected reserves are urgently needed there for lions,” he adds.

Last refuge for the Asiatic lion 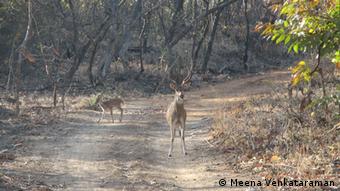 The Gir National Park in Gujarat is also a tourist attraction

India is a rare bright spot for the big cats. In the last decades, the country has managed to bring back the Asiatic lion from the brink of extinction through a single protected reserve. At the beginning of the 20th century, only a few dozen lions were to be found in the Gir Park. The species had practically disappeared in all other regions of Asia.

Gir’s Asiatic lions are a legacy of the last Maharajah of Gujarat, called the Nawab of Junagadh (the latter being the name of the former Indian princely state in British-ruled India). He placed a large area of the Gir region under protection and banned the hunting of lions, thus ensuring the survival of the beasts.

In 1965, when Gujarat’s forest department declared the Gir Park a protected area, the region was still home to the nomadic Maldhari tribe and their livestock. There were several reports of conflicts between man and animal. A few years later – amid protests – several hundred Maldhari families were finally resettled. For centuries, the Maldharis have lived in the Gir region. Today, an estimated 8,400 still live there.

In 1975, after the main area of the Gir reserve was converted into a national park, lion numbers began to rise. A variety of protection measures and a big increase in prey have fuelled the growth. 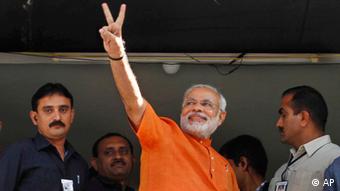 Still, that may not be enough to protect the big beasts. Meena Venkatarman worries that a single habitat for the Asiatic lion means that the animals are exposed to several threats. “Poaching and conflicts between lions and humans are the most visible challenges,” she says. “But in addition, there’s a risk that this single lion population could be wiped out through the outbreak of disease or unforeseen natural catastrophes.”

Experts agree that to counter that, a further protected area is urgently needed for the last Asiatic lions in the wild. For years, the Indian government has tried to find an appropriate second habitat for the big cats.

After evaluating various potential areas, wildlife experts opted for the Kuno reserve in the neighboring state of Madhya Pradesh in central India. “The main reason was the size of the forest,” Ravi Chellam, a member of the expert committee for the lion relocation project, says. “In India, it’s unusual to find an intact forest area of 3,000 square kilometres with low population density and few roads. In addition, the area has to be a part of the earlier territory of the lions and has to have enough prey,” Chellam, a former director of the Wildlife Conservation Society of India, says.

First, a total of 24 villages and 1,545 families, most of them from the indigenous Sahariya tribe, had to be relocated from the Kuno reserve to other areas.

Several roadblocks on the way

And, political wrangling has further derailed the lion translocation program. The state government of Gujarat has so far refused to hand over the lions to the neighboring state.

“The government of Gujarat has long maintained that the lions in the Gir Park are safe and a relocation is not needed,” Chellam says. “But this view is largely driven by political consideration and shows a lack of understanding for environmental protection. It’s not driven by rational thinking,” he says.

For years, the Gujarat government led by Chief Minister Narendra Modi, has described the Gir lions as “the pride of Gujarat” and as “family members who could not be parted with.”

In 2013, the Indian Supreme Court finally weighed in and ruled that the lions belong to all of India and not just to Gujarat. It said Gujarat needed to hand over the lions for relocation to the Kuno reserve. The Gujarat government has repeatedly tried to appeal the decision.

And, Ravi Chellam, says the Indian government in Delhi too has failed to take concerted action on the issue. Now, policymakers in Delhi are to hammer out a detailed plan with representatives from the state of Madhya Pradesh that includes deadlines and a budget in order to implement the lion relocation program.

Despite the hurdles, Ravi Chellam says he’s hopeful that the Asiatic lions will get the further protection they need.

“The challenge is to overcome the resistance and tactics of the Gujarat government and to ensure that the state of Madhya Pradesh gets technical support and the necessary funds,” he says. “I’m sure that these aspects will soon be ironed out and that the lions can be relocated – sooner rather than later.”