Yemen's Houthi rebels have said that bombings by the Saudi-led coalition have continued without pause despite calls for a unilateral truce. The coalition continued to bomb Sanaa airport, delaying the delivery of aid. 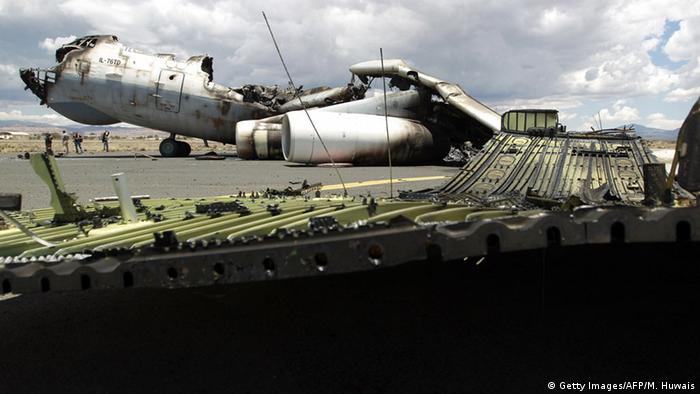 More than 100 airstrikes by a Saudi-led coalition hit the northern provinces of Yemen on Saturday, while coalition warplanes continued to pound the airport in the capital Sanaa. The Houthi rebels reported that this was the third night of heavy shelling, following their bombardment of Saudi border areas this week.

The strikes against the airport came shortly after authorities in the rebel-controlled capital announced that the facility would reopen to receive humanitarian aid.

Saudi Arabia had announced a cessation of hostilities, which is to begin late Tuesday evening local time, and said the success of the truce was in the hands of the Houthis, because it was up to them to "live up to the agreement," though it was not clear if the rebels had agreed to the Saudi plan. The five-day plan could be extended, the Saudis said, if the Houthis also laid down their arms.

The coalition, which supports Yemen's internationally recognized exiled president, Abed Rabbo Mansour Hadi, has been conducting strikes against the Shiite Houthis since March 26.

The Saudis and nine other Arab countries, supported by Britain, France and the United States, hoped to drive the rebels back to their northern heartland and return Hadi, who has sought safety in Riyadh, to power.

An al Qaeda operative claims in an online video that the strike killed one of its top commanders. In January, Nasr al-Ansi announced the group's Yemen branch was responsible for the attack on a French satirical magazine. (07.05.2015)

Yemen's mission to the United Nations has called for a rapid ground force intervention to push back Shiite Houthi rebels. A Saudi-led coalition has targeted the rebels with airstrikes. (07.05.2015)