Yemen's mission to the United Nations has called for a rapid ground force intervention to push back Shiite Houthi rebels. A Saudi-led coalition has targeted the rebels with airstrikes. 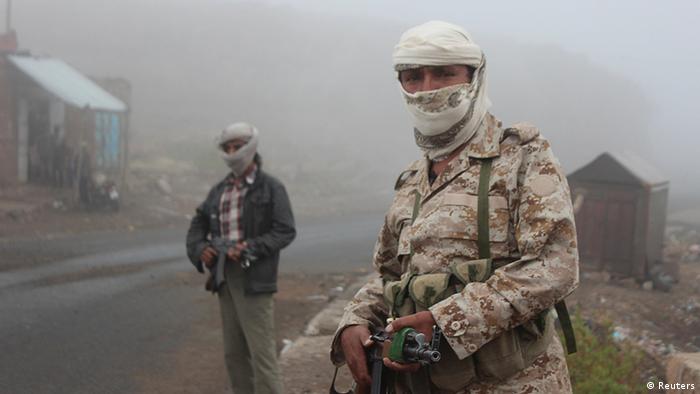 The Yemen mission's letter was sent to the 15-member UN Security Council and called on the international community to quickly intervene with ground forces to save the country from Houthi rebels. The Shiite militants have been targeted by Saudi-led airstrikes for weeks.

"We urge the international community to quickly intervene by land forces to save Yemen, especially Aden and Taiz," the mission said in its letter sent to the Council.

Yemen's ambassador to the UN, Khaled Alyemany, described what he called the Houthis' "barbaric violations against a defenseless population." The government will spare no effort to bring the Houthis to "international justice as war criminals," the letter said.

Many observers see the fighting in Yemen as an expression of conflict between Saudi Arabia and Iran, which backs the Houthis.

The UN human rights office says at least 646 civilians have been killed in Yemen since the Saudi-led coalition airstrikes began on March 26. At least 300,000 people have been displaced.

New UN peace envoy Ismail Ould Cheikh Ahmed is due in Riyadh for discussions on relaunching talks on a political solution for Yemen. He is due to meet with Yemen's president on Thursday in the Saudi capital.

US Secretary of State John Kerry arrived in Riyadh on Wednesday, also seeking a pause in the Yemen fighting.