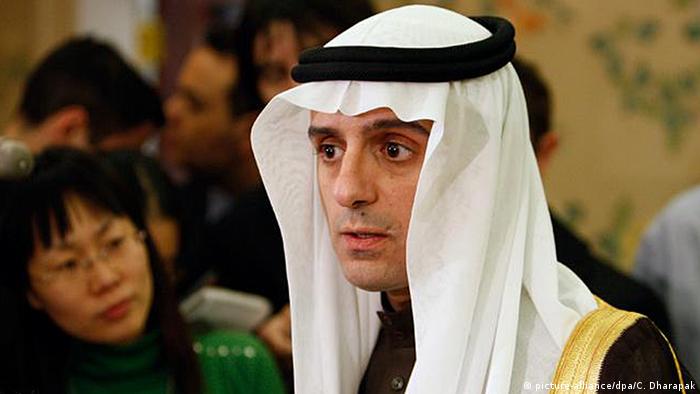 "This does not represent the intentions of a country seeking good relations," al-Jubeir said.

The statement came a day after Iran's foreign ministry spokesperson lashed out at Bahrain for making "unfounded allegations" to create "tension in the region" after Manama announced it detained two men accused of smuggling weapons from Iran, reported AFP news agency.

"These statements are escalating and they are many," al-Jubeir said.

'From confrontation to cooperation'

Mogherini was visiting Saudi Arabia to smooth tensions between the two regional powers, which have escalated after a deal was struck between Iran and the P5+1 - the US, Britain, France, China, Russia and Germany - to exchange the lifting of sanctions for an end to Tehran's nuclear program.

"The agreement is strong and solid," Mogherini said at a joint press conference with al-Jubeir, referring to the Iran deal.

"We understand the concerns very well," Mogherini noted, adding that the agreement would allow the region to pass "from confrontation to cooperation."

Mogherini is expected to visit Iran on Tuesday to hash out the details of implementing the nuclear deal.

On Sunday, Iran's Foreign Minister Javad Zarif said in Kuwait that "some countries…want conflict and war in this region," apparently referring to the kingdom, reported AFP.

The verbal escalation between both countries comes amid a diplomatic push from Western countries to reassure Arab states of the deal.