Saudi Arabia will reopen the pilgrimage to residents, and then visitors from select countries. Authorities said it will return to its full capacity only after the threat of the virus has been eliminated. 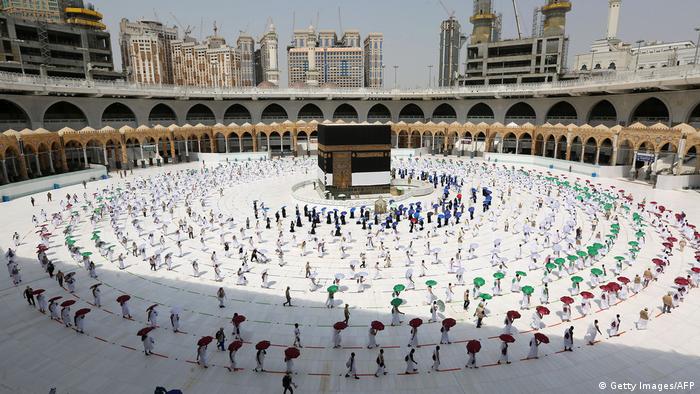 Saudi Arabia announced it will lift the ban on the Umrah pilgrimage starting October, after seven months of closure due to the coronavirus pandemic.

Pilgrims residing in the country will be able to undertake the pilgrimage from October 4, whereas pilgrims traveling from specific countries will be allowed from November 1. Authorities said it will return to its full capacity only after the threat of the virus has been eliminated.

Umrah refers to the pilgrimage to Mecca undertaken around the year, by Muslims from across the world. It attracts millions of visitors every year. This is not to be confused with the hajj pilgrimage, which takes place once a year.

Saudi Arabia held a heavily downsized hajj pilgrimage in July this year, over concerns of the event being a super spreader event for COVID-19. Instead of the more than 2 million hajj visitors, only thousands participated this year.

Pilgrims were selected through an online portal. According to official data, the hajj and umrah pilgrimages earn $12 billion a year for the kingdom.

Saudi Arabia's interior ministry said the decision was taken to fulfill "aspirations of Muslims home and abroad" to perform the ritual and visit the holy sites.

During the first phase, 6,000 nationals will be allowed to undertake the pilgrimage at the Grand Mosque in Mecca per day.  The second phase launches on October 18, allowing a maximum of 15,000 pilgrims. From November 1, the capacity will be raised to 20,000 pilgrims per day.

Visitors will have to make reservations through an online application for a specific date and time to pray.  They will also be able to select modes of transport and meeting points through this app.