Saudi Arabia: Has the Ritz-Carlton corruption crackdown achieved its goals? | Middle East | News and analysis of events in the Arab world | DW | 30.01.2018

Saudi Arabia: Has the Ritz-Carlton corruption crackdown achieved its goals?

Saudi Arabia has released allegedly corrupt businessmen and authorities after months of detention at the Ritz-Carlton Hotel in Riyadh. Has Crown Prince Mohammed bin Salman's purge in the kingdom improved his image? 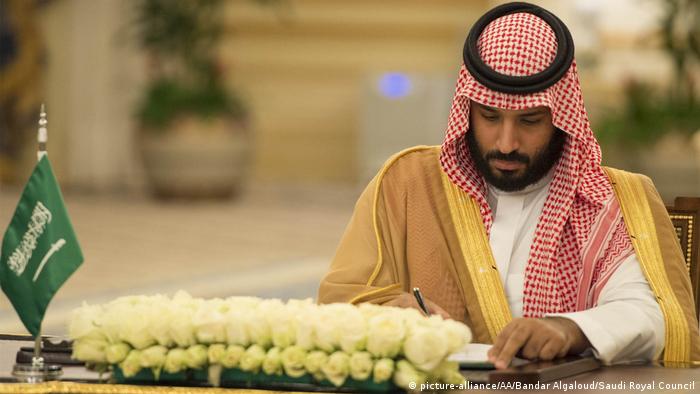 In November, Saudi Arabia launched a fight against corruption where princes, politicians and businessmen were rounded up, arrested and confined at the Ritz-Carlton hotel in the capital, Riyadh. As many as 500 people were imprisoned in the luxury hotel.

On Tuesday, Saudi Attorney General Saud al-Mojeb revealed that the campaign had brought in more than $106 billion (€85.4 billion) in financial settlements, including seized real estate assets, commercial entities and securities and cash from the detainees themselves in exchange for their freedom.

Most of the detainees have been released but 56 people still remain in custody, with investigations still ongoing — and for some, that includes accusations of additional crimes outside of corruption.

One of the most famous people detained and recently released is Saudi businessman Prince Alwaleed bin Talal. The allegations against him included money laundering and embezzlement, but he was freed this past Saturday after handing over some of his financial assets. The video in the tweet above shows him in a van after being released from the Ritz-Carlton.

Waleed al-Ibrahim, who owns 40 percent of the Arab television broadcaster MBC, is another one of the executives released over the weekend. According to Reuters, he "reiterated his allegiance to Saudi Arabia and the ruling family" after he was released.

Mohammad bin Abdullah al-Zulfi is a former member of the Shura Council, the formal advisory body that drafts laws and proposes them to the king. He is extremely supportive of the crown prince's efforts to rid the kingdom of corruption. "The future kingdom of Saudi Arabia is based on a strong economic plan where the detrimental forces of corruption will be absent. Today the message is clear: do not get rich through corruption," he told DW.

When asked about whether it was fair to release the detainees when their assets were handed over, instead of giving them longer prison sentences, al-Zulfi defended the prince's decision. "There are special conditions for the detainees and for the state it is necessary to resort to the option of settlement instead of imprisonment," he said.

"The state currently needs more money, [rather] than need to imprison those involved. We should also not forget that there is great harm to the reputation of the corrupt individuals and that is also a kind of punishment for them," he added.

Abdulaziz al Moayyad, a Saudi opposition activist living in Ireland and the coordinator of the Citizens Without Chains organization, said the purge is simply a smoke and mirrors game — the Saudi government can't fight corruption when it is corrupt itself.

"Corruption is known as the inflation of wealth, and all figures in the top positions within Saudi Arabia have this inflation," he said. "Those who do not live in Saudi Arabia think that by arresting some known names there is a real desire to fight corruption, but those living in Saudi Arabia know that people with secret funds are still thriving."

Corruption sweep as a distraction?

"Prince Mohammed bin Salman is moving toward a one-man state and toward totalitarianism in Saudi Arabia," said Günter Meyer, the director of the Center for Research on the Arab World at the University of Mainz. "This creates a lot of opposition, so he has to prove to the vast majority of the Saudi population that the situation in Saudi Arabia is improving and at the same time detract attention from areas of failure in foreign policy."

Meyer pointed out the struggle to overthrow the ruling Assad government in Syria, as well as the inability to subdue the Houthi rebels in Yemen, as Saudi foreign policy disappointments.

He said the purge against corruption has improved bin Salman's image as a strong leader. "Among the public it has made him much more popular. Corruption, as everyone knows, is one of the main problems of the country. He is seen as a strong leader, one that is actually fighting corruption in a very effective way," he said.

Afghanistan is sliding into one of the greatest humanitarian crises of our time. The loss of Western funding and the freezing of central bank assets after the Taliban returned to power have had dire consequences for the population. A warning: The first images in this report are disturbing.