Authorities in Saudi Arabia have arrested members of an alleged terror cell that was planning attacks on government installations. Nearly all of those arrested are Saudi citizens. 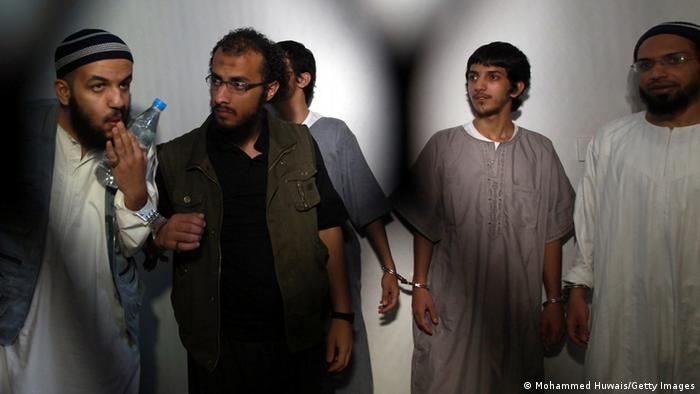 Tuesday's announcement from the Saudi Interior Ministry indicated that 62 suspected al Qaeda militants had been arrested and that the suspects had links to radicals in Syria and Yemen. The suspects are accused of plotting attacks on government targets and foreign interests within Saudi Arabia.

Just over half of those detained had previously been held by Saudi authorities before being released.

"They swore allegiance to their warlord and started in constructing components of the organisation, means of support and planning for terrorist operations targeting government installations and foreign interests and the assassination of security personalities," said Mansour Turki, the Interior Ministry's security spokesperson.

The group contained 59 Saudi citizens in addition to a Palestinian, a Yemeni, and a Pakistani.

Turki added that the arrests had come over several months and that some women were among the suspects. He said some had links to the Islamic State of Iraq and the Levant (ISIL), a jihadist group fighting in Iraq and Syria. Other suspects had apparent links to al Qaeda in the Arabian Peninsula in Yemen, Turki said.

Saudi Arabia is confronting increasing concerns that uprisings in neighboring countries may influence its own citizens to turn to radicalism. In return, Saudi authorities have taken a number of steps to ban groups such as ISIL and have forbidden citizens from taking part in conflict zones in other countries.

Saudi Arabia has detained thousands of people, such as those pictured above in a courtroom last September, in the country's efforts to fight al Qaeda.