A French-African writer has been making waves in France since her anti-Sarkozy sentiments became public. Efforts to silence her are only adding fuel to the debate. 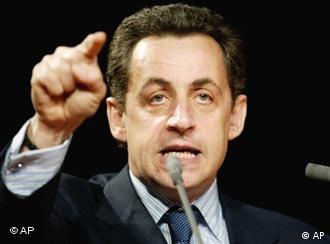 French-Senegalese author Marie NDiaye, winner of the prestigious Prix Goncourt literary prize, has stirred up controversy for her criticism of President Nicolas Sarkozy and his immigration policy.

NDiaye, 42, has accused Sarkozy of creating the atmosphere of a police state. She stood by her comments in a Wednesday interview.

"I don't regret (my comments) for a second," NDiaye said on French Info radio.

In an interview with "Inrockuptibles" magazine last summer, NDiaye said she had decided to leave France and move to Berlin in 2007 "in great part because of Sarkozy."

The controversy began after Eric Raoult, a lawmaker and member of Sarkozy's ruling UMP party, wrote to the culture minister last week recommending that NDiaye be reminded of the "duty of restraint" that comes with the Goncourt.

In response, France's cultural establishment has thrown accusations of censorship into the debate. Bernard Pivot, a Goncourt jury member, accused Raoult of knowing nothing about the literary scene.

"The duty of restraint that he invokes never existed, does not exist now and never will exist," Pivot told French radio. 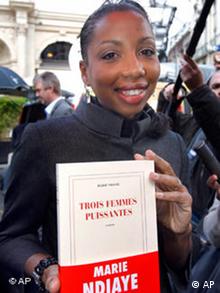 NDiaye won the Goncourt prize for her novel, "Trois femmes puissantes" ("Three Powerful Women"), a story about three women caught between France and Senegal and the hellish ordeal of illegal migration from Africa.

"The story of these migrants has been told many times before, but if this can help people understand their fate a bit better, I will be happy," said NDiaye.

The Goncourt prize is worth a symbolic 10 euros ($15) in cash, but much more in publicity-generated sales. NDiaye is the first woman to win the award since 1998.

NDiaye was born in 1967 to a French mother and a Senegalese father who left France when she was one year old. She grew up in a Parisian suburb where she began to write at the age of 12, publishing her first novel at 17. She currently lives in Berlin with her three children.

A woman of French and Senegalese descent has won the prestigious Prix Goncourt for a novel detailing the harrowing experiences of three women who struggle to preserve their dignity. (02.11.2009)

Last month, France razed a shanty town populated by illegal immigrants wanting to cross into the United Kingdom. Critics say the action has left one group of immigrants particularly at risk – children. (26.10.2009)