An Italian conductor who told children at a concert that Santa Claus was not real has been fired. He was replaced by someone more willing to accept the iconic Christmas figure. 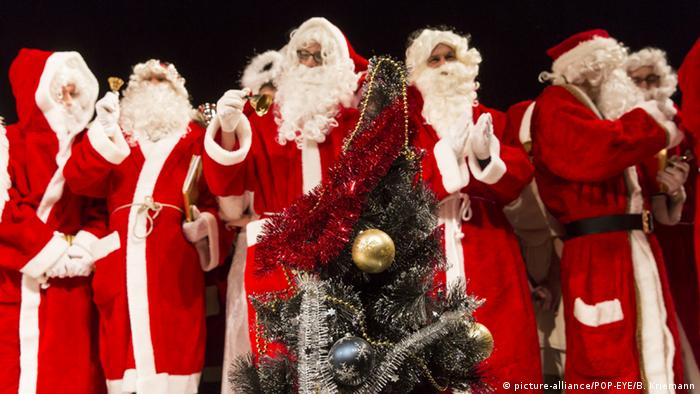 Italian orchestra conductor Giacomo Loprieno has paid a heavy price for telling things the way he sees them after he was fired for telling a young audience that "Santa Claus doesn't exist" at the end of a concert.

Parents who had taken their children to the orchestral event "Disney in concert: Frozen" in Rome on Thursday took to social media to express their indignation at the conductor's words, press reported on Saturday.

"What happened that evening was outrageous ... I am angry at myself for having applauded him," read one comment on the Facebook page of the organizers, Dimensione Eventi Torino.

The organizers in their turn issued a statement in which they dissociated themselves completely from the remarks.

"Like all those who were present, we remain bewildered by this personal declaration by the conductor after the event ended," they said.

"What was said by the conductor of the orchestra was totally out of place and is an arbitrary gesture on the part of one person. As an organization, we work to make the event enjoyable for all the families," they added.

Loprieno has been replaced by another conductor, Marco Dallara, whose intention not to be a Christmas killjoy has already been demonstrated: by a Facebook picture showing him posing next to a familiar bearded figure in red and white.

Santa Claus could face problems delivering gifts: Researchers have found that wild reindeer herds are declining, and that the animals are getting smaller and weaker. And there's further bad news for Arctic animals. (13.12.2016)