Thousands of Ryanair passengers are facing travel disruptions as the airline's German pilots and cabin crew begin their 24-hour strike. The Irish carrier has canceled 150 flights to and from Germany. 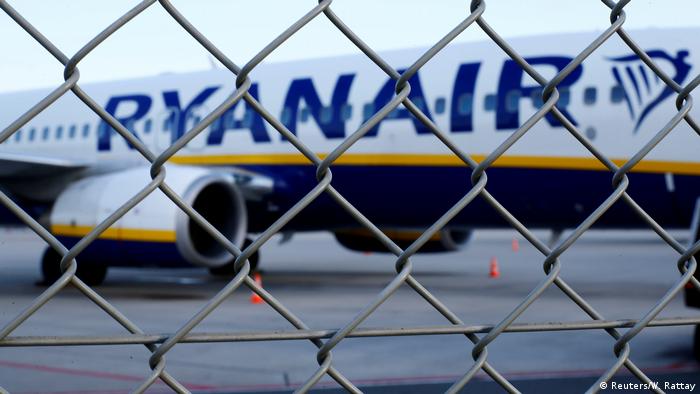 Ryanair announced the cancellation of 150 out of 400 scheduled flights to and from Germany due to a 24-hour pilot's strikeover better pay and conditions.

The Irish budget carrier slammed the demands as "unacceptable" and "unnecessary."

Thousands of Ryanair passengers have been affected by the walkout, which started at 03:00 am (0100 UTC). Germany's Cockpit pilots' federation and the Verdi service workers' union said their talks with the Ryanair management had failed to break the impasse.

Union leaders are expected to announce Thursday details of another coordinated walkout by Ryanair cabin crew in Belgium, Italy, the Netherlands, Portugal and Spain. They have vowed to stage "the biggest strike action the company has ever seen."

Ryanair is currently experiencing the worst wave of strikes in its history. While the low-cost carrier has begun recognizing pilot and cabin crew unions across Europe for the first time, workers are unhappy that improvements have yet to be made on pay and other conditions.

"It is unacceptable that a union representing Ryanair's German pilots, who earn up to 190,000 euros ($220,000) a year and work a five-day week followed by a four-day weekend, is now threatening customers travel plans at short notice," said Jacobs.

The majority of Ryanair pilots based in Germany are direct employees, unlike the situation in other Ryanair markets, and in theory, a widely implemented strike of German-based pilots could significantly affect the airline's operations.

Ryanair said it would would be forced to cancel 150 out of 400 scheduled flights to and from Germany on Wednesday, but it would try to minimise the disruption for customers.

Separately, pilots unions across Europe on Friday threatened "the biggest strike action the company has ever seen" over their members' working conditions. The strike, so far organised by unions in Belgium, Holland, Italy and Spain, is scheduled for the last week in September. The walk-out could be called off should an annual general meeting of Ryanair shareholders on September 20 meet union demands. Ryanair has banned the media from the AGM and there will be no news briefing afterwards, according to a statement cited by Irish public broadcaster RTE.

Ryanair pilots strike in Germany and elsewhere in Europe

The 24-hour co-ordinated strike by pilots with Irish budget carrier Ryanair is underway. The cross-border stoppage is the most severe industrial action in the airline's history. (10.08.2018)

Irish no-frills carrier Ryanair has said it has reached an agreement with the trade union representing its Irish pilots. It was good news for the budget airline, which had sought to quell staff protests across Europe. (23.08.2018)