The Irish budget carrier has faced a wave of industrial action recently, as staff in various countries protest over pay and conditions. Now, some of the company’s German-based pilots have voted to strike. 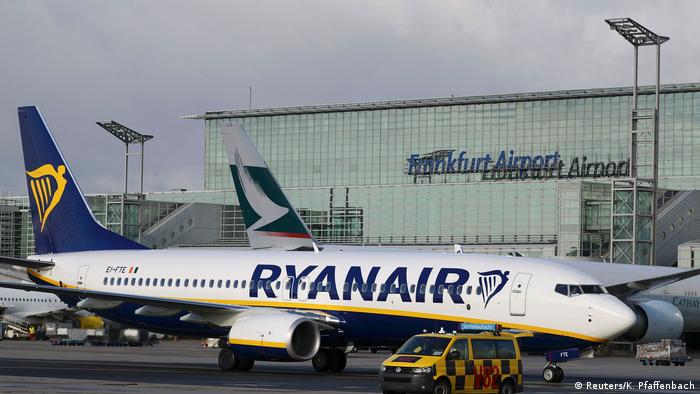 Ryanair pilots represented by the German-based pilots union Vereinigung Cockpit (VC) have voted overwhelmingly for strike action in a dispute over pay and conditions.

The union, which represents some, but not all, German-based Ryanair pilots, voted by 96 percent in favor of strike action in the near future.

"Since the start of our negotiations in January, Ryanair has been playing for time, and even if Ryanair is not taking this ballot seriously, industrial action like in other European countries, seems unavoidable in Germany as well," said Ingolf Schumacher, chairman of industrial relations at the VC.

"We implore upon Ryanair to reverse its present way of behaving like a wrong-way driver towards pilot and cabin crew unions throughout Europe."

Ryanair responded in a markedly more conciliatory fashion that in previous statements regarding the VC, with whom it was at loggerheads until entering negotiations earlier this year.

"We have written to the VC today and invited them to another meeting next week," the Irish airline said in a statement.

"We hope we can make further progress in concluding a collective labour agreement with our pilots in Germany."

The majority of Ryanair pilots based in Germany are direct employees, unlike the situation in other Ryanair markets, and in theory, a widely implemented strike of German-based pilots could significantly affect the airline's operations.

However, last December, the VC held a strike of the airline's German-based pilots, but it had limited impact on Ryanair's schedules, with all the airline's flights during the affected period managing to take off, because the airline brought in pilots from abroad.

Since a cancellations crisis erupted for Ryanair last September following staff rostering issues, the airline has faced a series of industrial disputes and it has been forced to soften its long-established non-recognition approach to unions.

Since the problems of late 2017, when the airline was forced to cancel thousands of flights due to staff shortages, it has been involved in negotiations with various trade unions across several countries where it operates.

However, as the negotiations — and recognition of trade unions — have gone on, the amount of strikes the airline has faced has increased. Irish-based Ryanair pilots have held a number of strikes in recent weeks, while last week, cabin crew in Spain, Portugal and Belgium held strikes, forcing the cancellation of hundreds of flights.

While the airline has warned its profits will suffer this year as a result of the ongoing strife, it announced record profits for last year, despite the issues it had.